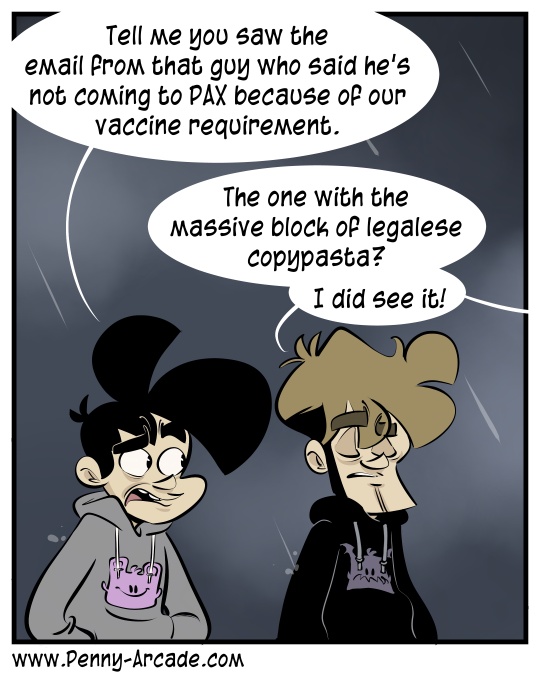 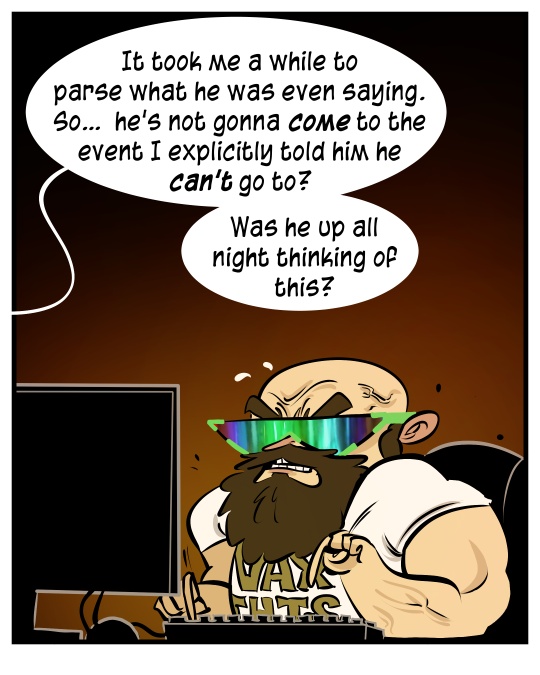 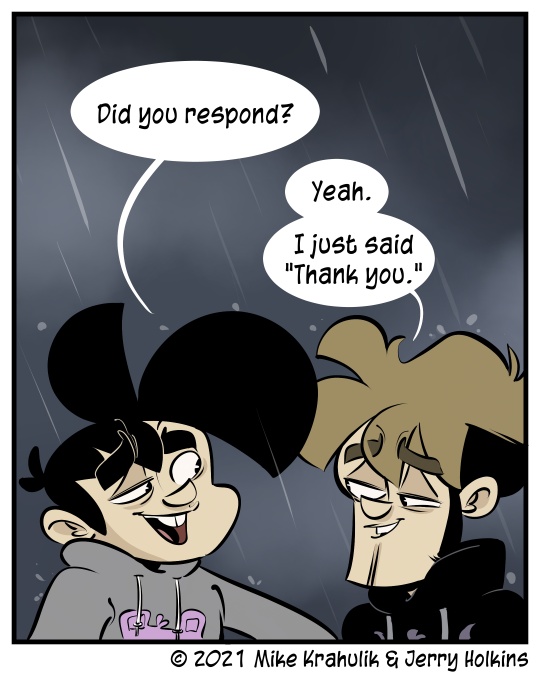 Somebody claiming they aren't going to the thing I specifically disinvited them from isn't some kinda savvy rhetorical judo.

I've read a lot of stuff about vaccines online - I've seen several extended club remixes of paranoid conspiracy, ones that begin by scaffolding out some reasonable concept until it curdles about thirty percent of the way through into Space Lizards or Neuralink or some shit. It sounds stupid, and when the middle part of your mail is a different font size because you pasted in a bunch of International Laws I'm supposedly breaking I'm not going to look those up. My feeling is that if you don't like the mRNA approach for some reason, get the Johnson & Johnson one. Definitely get one of the magical free elixirs our nation bought you, to minimize your chances of becoming an anonymized increment in some kind of graph as opposed to someone your mother can hold.

My mom lost six friends last week to this shit. Lifelong friends. She was unintelligible on the phone, utterly broken. That number seems like a statistical aberration to me, but it's a real fact in her actual life. I don't know if you read the news at all. You might have noticed the recent turn toward the idea that we've been through the last wave and that we're moving into the endemic phase. I can't speak to that - in the world I live in, the supports are being kicked away just as there's a glimmer of hope. Media feels like a sequence of increasingly alien communiques; empty displays, yoked to abstractions. Leaders straight out of a meme generator, allergic to any effort to grapple with material conditions.

Well, I don't live at that level. I live down here. And here, where I can do something, I have a duty to the people who work at these shows, and the people who attend them. And not just for this show, or these people, but for the people in their periphery - and toward the furtherance of a world better than the one we're being made to endure.