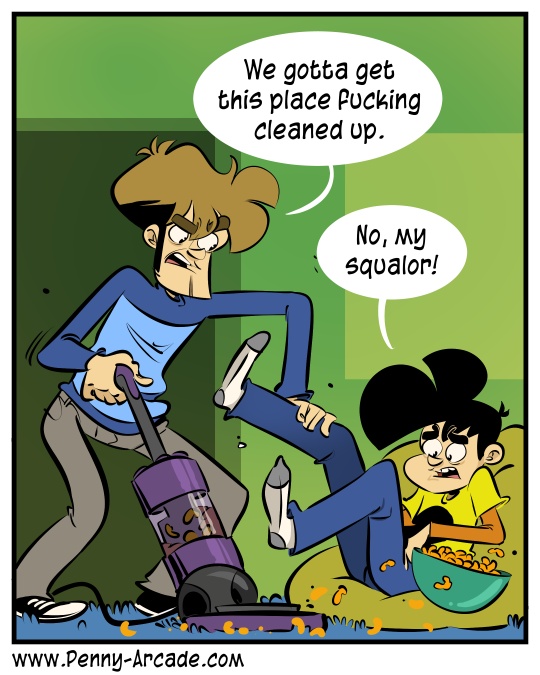 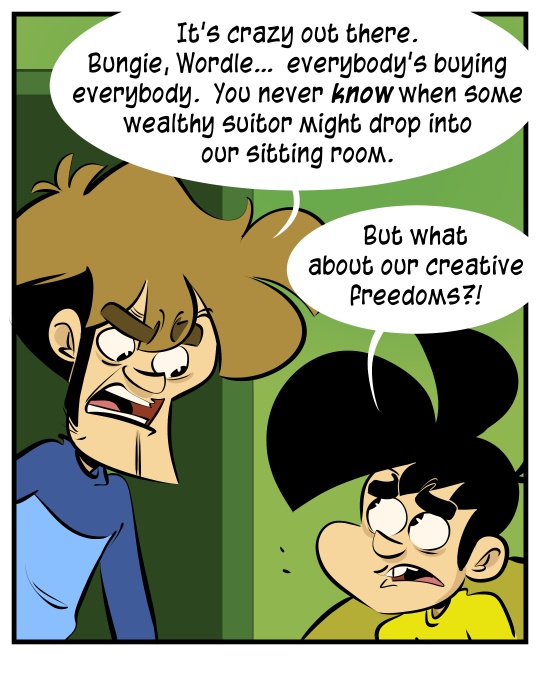 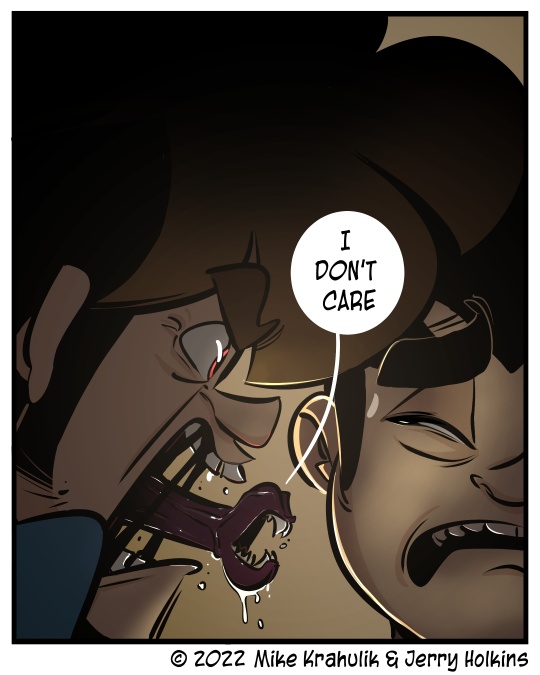 Techno-feudalism - catch the wave! I can't even maintain this posture as a joke. Obviously, happy to license or even sell IP to somebody who we think could do more with some of our settings and stories, but probably not the whole thing.

It's been close a couple times, real close. I've ended up in a room with the men that try to close these deals, and they're wolves. They don't even bother with the sheep's clothing. Obviously, one hesitates to engage in unlicensed psychology but there's a very specific facial maneuver, I've seen it many times, where you pass from "useful" to "problem" in their mind. It's a placement of the jaw and brow. From there, you have a decision to make. You can accept that you've made a mistake letting this person into your house and tell them to leave, or you can regret it for the rest of your life. Having done both, I recommend the former.

My birthday is on Sunday, and the whole week seems like some strange gift I have been given by the universe: we have a second sponsored stream for Storybook Brawl, featuring LSV, "Place Matt," and the card stylings of Yukmouth.

We wish, more than anything, that you'll tune in to https://t.co/A9BCAQYM4H next week for two special #sponsored @StorybookBrawl streams! @TychoBrahe and @Dabe will be joined by some special guests from the Storybook Brawl team on February 1st and 2nd from 2-5pm PT. pic.twitter.com/GJelr5VbQT

It runs from 2pm to 5pm PST! Yesterday's stream was meant to be a learning stream - we do a practice round over the course of an hour and go way down the choice matrix with three experts, taking every decision seriously. Today, I think we might let one of them drive for a round or two before we try to ply our newfound skills and hopefully gain some rank. Dabe and I await you then!