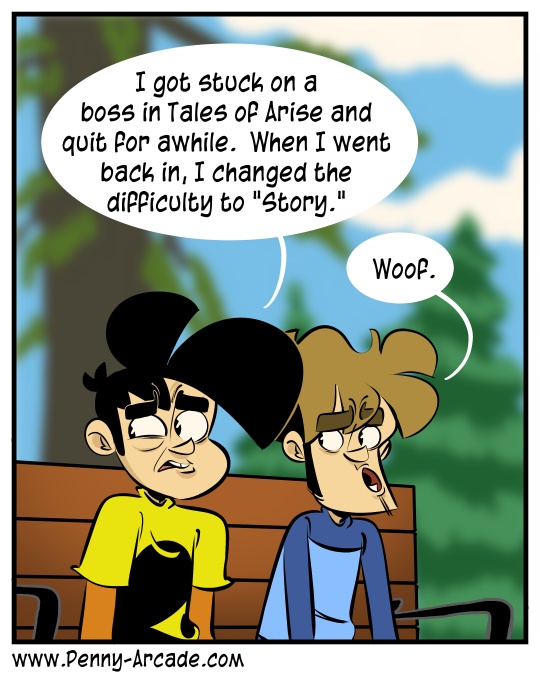 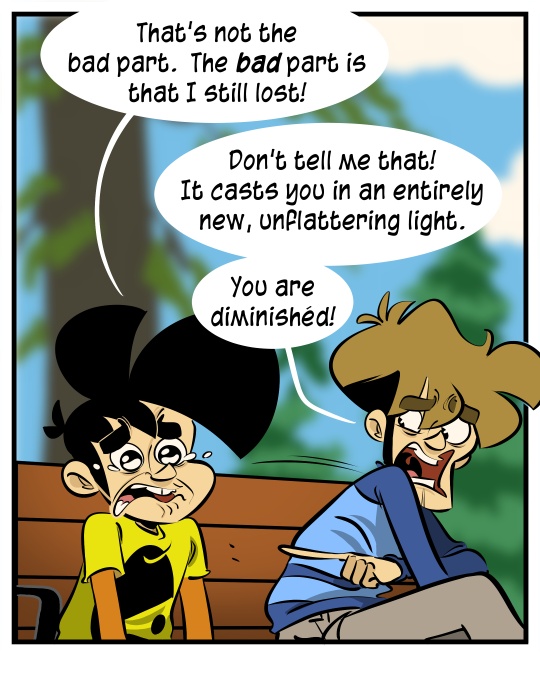 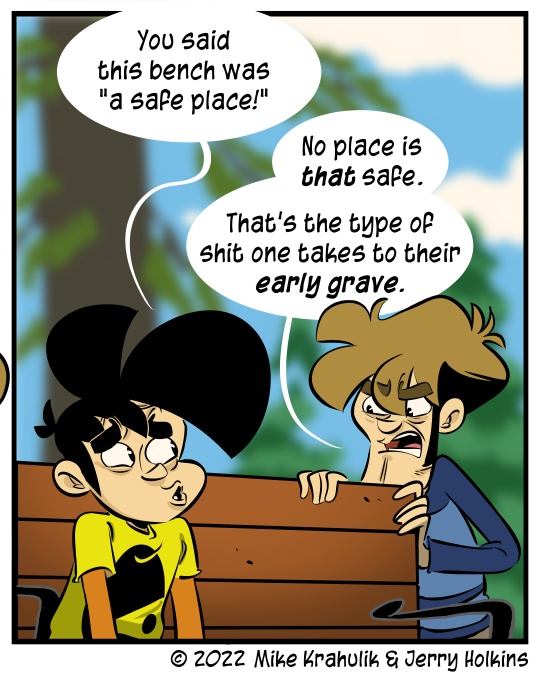 I don't actually consider it a big deal if you change your difficulty, though the outcome in this case is legitimately funny. I've done it a couple times myself, but I have to be pretty mad at a game in order to do it. If Metroid Dread had given me the option to, I might have given in on one or two of those encounters, but in that case I'm glad it didn't. Outside of sequence breaks, I like that anyone who beat that game has a shared experience. I feel the same way about Soulsbourne games. It makes them a little less lonely.

The most recent example of it for me was probably in Cyberpunk 2077, where I just didn't want what they were selling anymore but I wanted to see it through. I'm not, like… proud of it, but they probably weren't super proud of it either. Another shared experience, I guess.

Dabe already made a tender YouTube cut of the Training Montage we underwent during our Storybook Brawl sponsored stream:

But… we'd already been playing from 10am-2pm PST for the last few weeks anyhow, and today is no different. Did we learn anything? Literally - anything at all? Other than to buy pumpkins? Well, we remember that part. We're gonna take it on the road and try to build some rank before playing games with chat for the back half. Stop by!