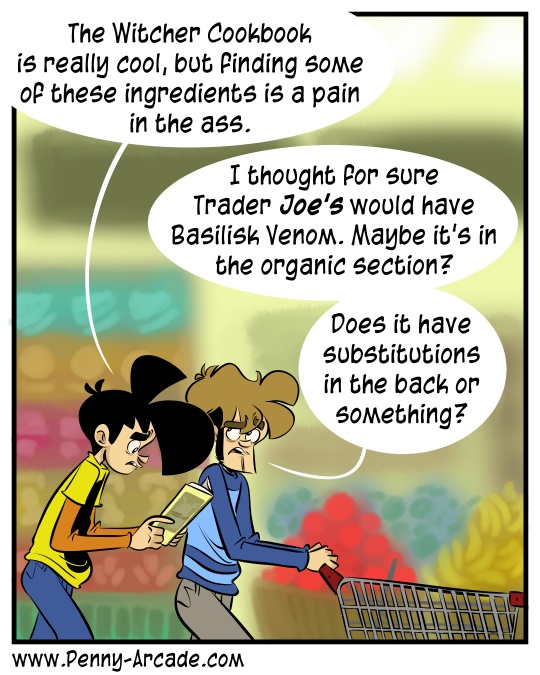 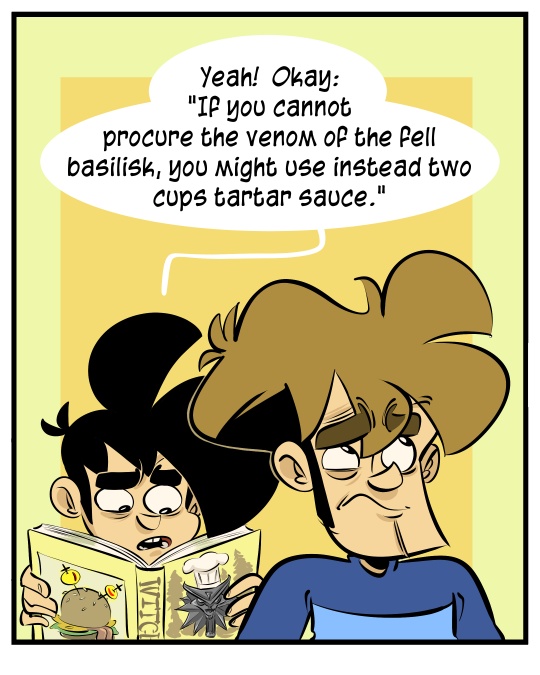 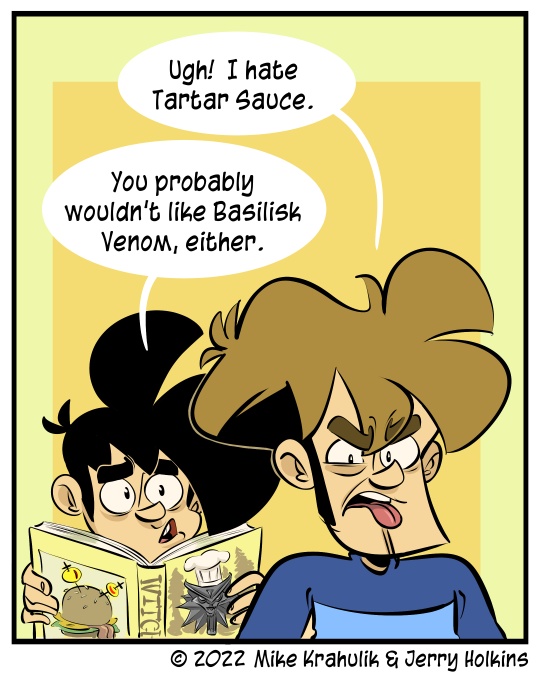 The comic is about this:

Take a culinary journey through the Continent with The Witcher Cookbook — created by Anita Sarna and Karolina Krupecka of @WitcherKitchen & @NerdsKitchen, it includes 80 mouthwatering recipes inspired by the world of The Witcher games!

I'm on record, clearly established, as inviting Those Who Cook into our greater mystery as nerds. It's incredibly dorky shit. And utilizing these arts in the service of making pretend food… Well, I guess the food is real, but they're clearly meant to emulate and be artifacts of an imaginary space. That only concentrates the dorkiness already present in the solution!

It's very similar to what we do with Acquisitions Intoxicated, Twitch's only brewing show as far as I know. You know that it's very serious because it has a shirt associated with it on the store. You may already be familiar, but if not: it essentially takes the whole of nerd pursuits, largely focused on fantasy but not exclusively, as grist for a perpetually churning online brewery. Every week we tap a previous experiment, while next week's brew happily boils along on set. Yesterday's example - apropos perhaps - was called Fish, dedicated to Geralt's horse Roach. There's a whole playlist on YouTube, and we're coming up on two hundred beers (plus one each mead and wine). Indeed, Acquisitions Intoxicated - and its parent corporation, Acquisitions Incorporated - has a fully custom collaboration for PAX East with New Belgium's Voodoo Ranger line called FOESLAYER. Observe, and gaze upon the artistic stylings of my cool friend Kris Straub!

i was so pleased to draw the eponymous skeleton in #acqinc gear for @voodooranger!! https://t.co/tvliyjwWwY

This is something you will literally be able to try at PAX East! And depending on the state you're in, you can even order some for the home. We'll go into all that shit when New Belgium and Voodoo Ranger is in the studio for next Tuesday's show at noon PST(!!!).