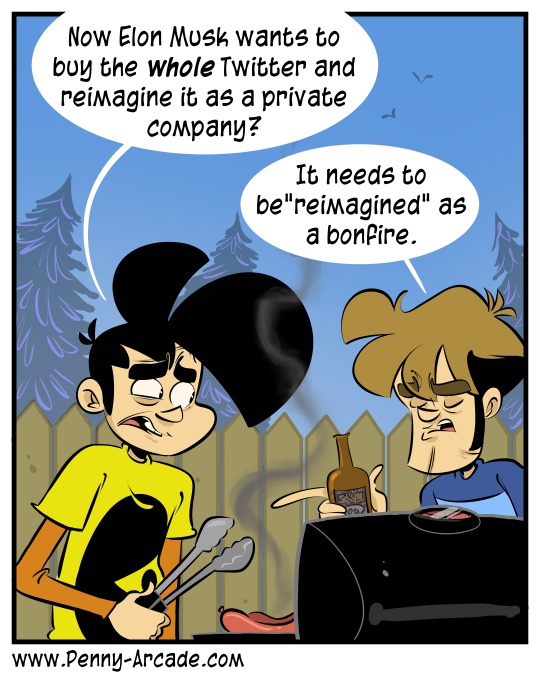 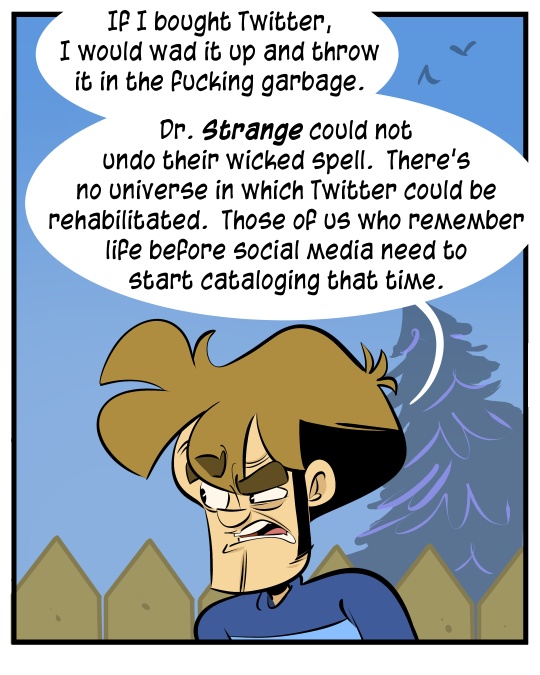 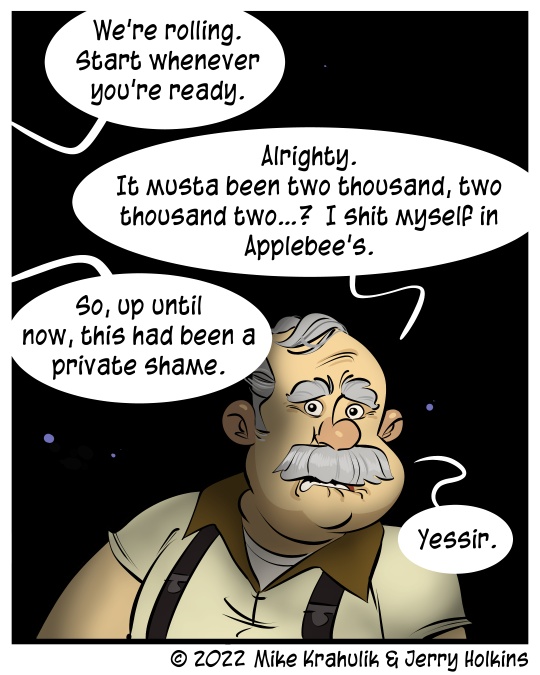 As someone who came up in a radically different version of the Internet, one that wasn't really mobile let alone omnipresent, it's hard to imagine our particular origin story happening again. I mean, for good or ill: the pathways to an audience, and the monetization schema, even the idea that forms in a person's head when you imagine that notoriety and the life it might allow is already sequestered by the corporation that would enable it.

The strip is about all this Elon Musk buying Twitter shit. Twitter's riposte is already underway. This has its own dynamics, to be sure, but it's also of a piece with other mergers we've discussed - the kind of wealth concentration we're operating under so warps phenomena that it upends society. We're like the citizens of a Japanese metropolis looking out our forty-third floor window while two massive alien horrors duke it out a hundred feet away. We do not have names in the credits and we are not part of the calculation.

I genuinely don't understand the dude, and I don't understand the cult that surrounds him. He's already gotten in trouble for warping finance with his Twitter proclamations and it's just sorta something he likes to do. And because finance itself is simply a consensus engine (see crypto), the motherfucker is literally out here casting spells to manufacture wealth from thin air. Say what you want about the bible or whatever, maybe there's some problems with it, but the pantheon of this era sucks shit. Twitter also sucks. I know many, many people who have simply found the service incompatible with their own flourishing and they had to escape it. I don't know how Elon Musk could possibly make it worse than it already is but I have no doubt that he could.

Dabe is still getting wild in Tunic on the Twitnach, I'll try to pop in for a little while from my mom's house but no guarantees. I have to pack up my stuff from one mom's house and then take it to a second mom's house, historically understood as a treacherous juncture.