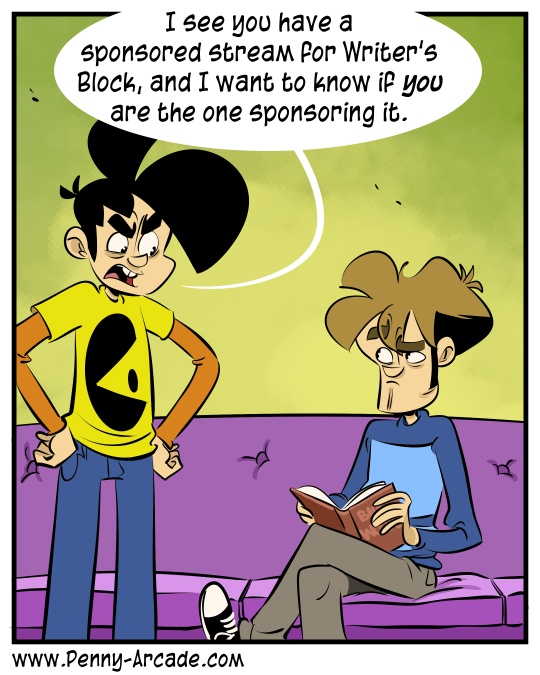 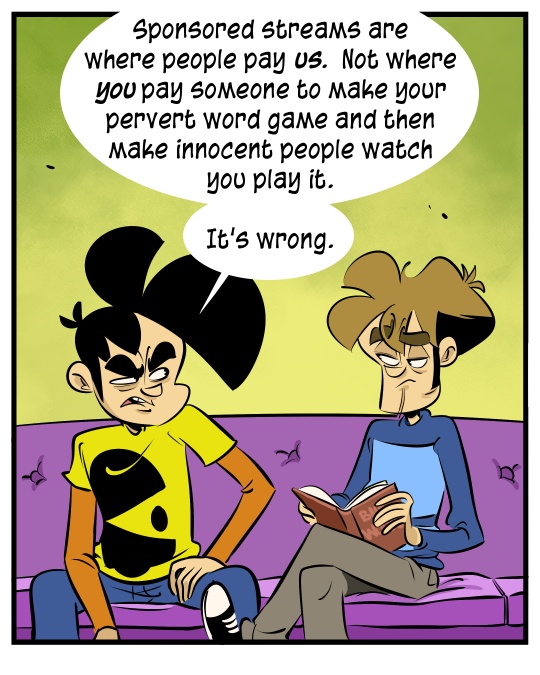 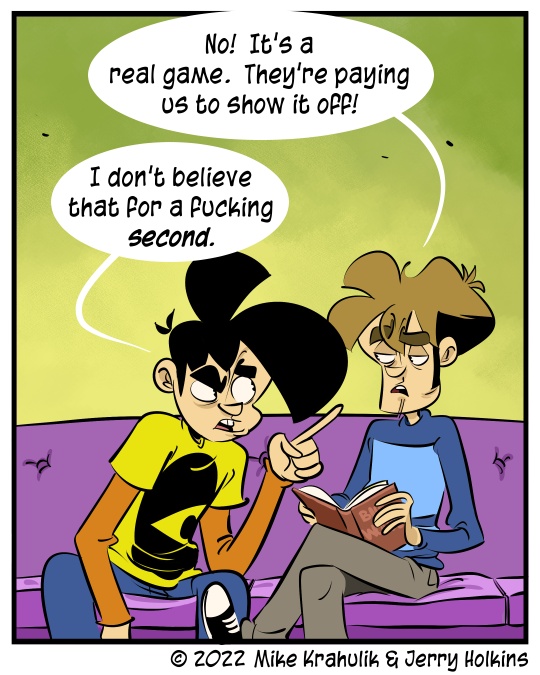 A comic wasn't even part of the deal; outside of the occasional strip auctioned at Child's Play, it's almost not a thing. Except that Gabriel couldn't believe anyone would make a game where the size of the word you spell is converted into damage, but there have already been a couple games like that plus that's what I do in real life. But yes! Writer's Block is a real game, one I did not develop or fund, in fact, they're gonna pay me to play it, even though they know in their heart of hearts I woulda done it for free. That's very nice of them!

My greatest gaming achievement, the one I cleave to in times of trouble, is that I once used all sixteen letter tiles on a word in Bookworm Adventures. I saw the shape of it early in the level - ruthlessly nipping my rack with short words until they grew back how I needed. I even took a screenshot of it, and I don't really take screenshots, plus that was on a long lost machine which gives this whole thing the air of a fish story. If there's a screenshot on my computer it's either because I accidentally pushed the button, or I was playing Tell Me Why with my daughter Ronia and two boys were gonna kiss: 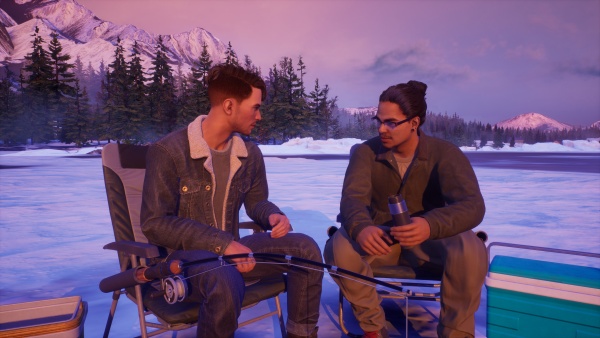 Oh shit, are they gonna? 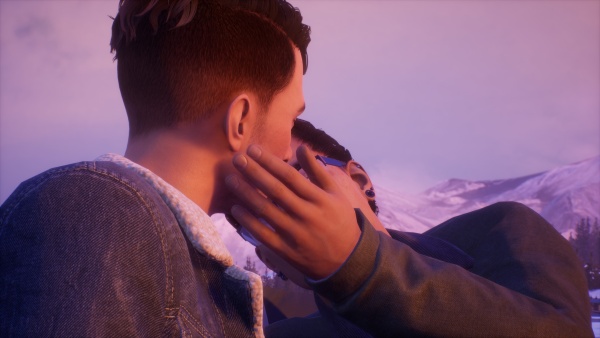 Yup! I have about thirty megs of these.

Anyway, I'm gonna grab a shower real quick and head into the studio to take a crack at a new version of the deeply wishlistable Writer's Block today at 3-5pm PST on the ol' strim. Think something like a Boggle Roguelite, with all that entails, and you're basically there.  Here is the info, and apparently they've drawn me a new OC…?

Today join us for a special stream as @PA_Megacorp’s Tycho plays Writer’s Block!

Tycho is playing an updated demo with new enemies, items, and background art. Watch along to get an exclusive first look! pic.twitter.com/xh2RVKZa3I

I've got no pride around backseating, either, and this demo has new enemies and shit in it, so who knows what's in there. Let's tear this thing apart.