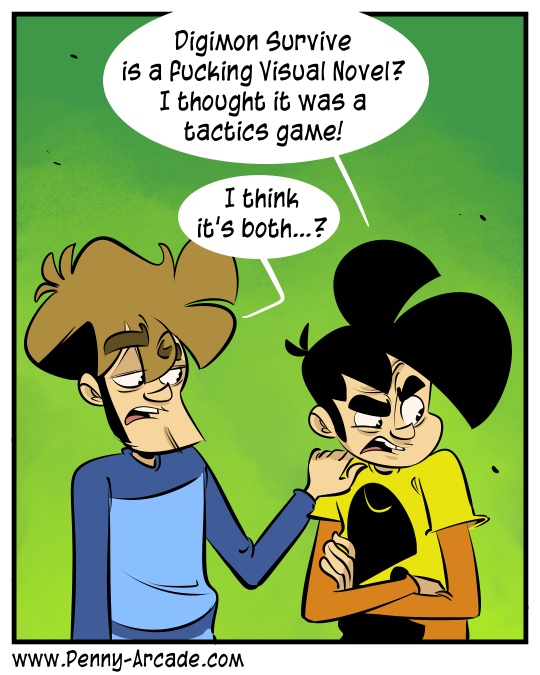 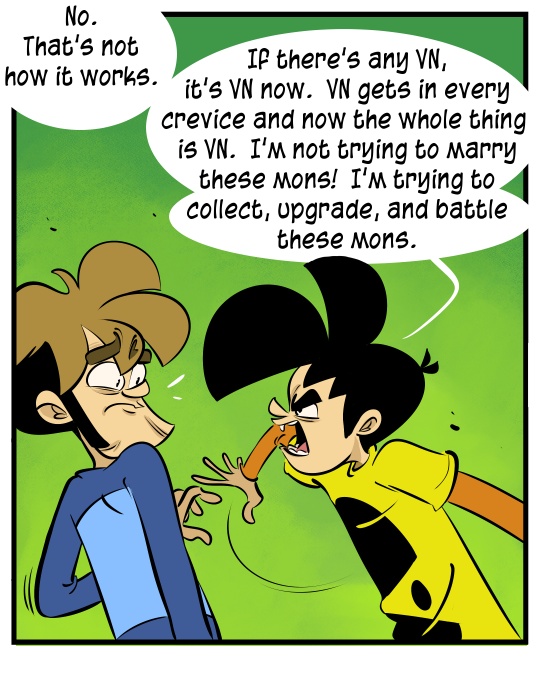 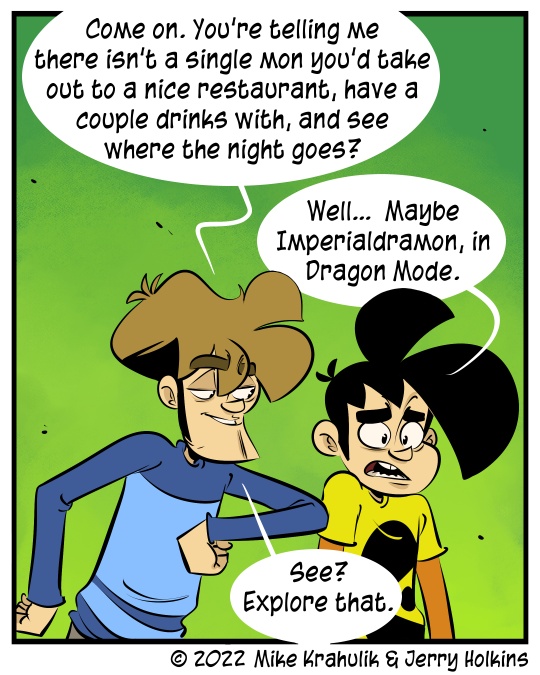 If you could make a poison to kill a single person, and that person was Mike, it would be Visual Novels. This poison would enter his body through the ocular nerve, spreading to the most savory parts of his brain. Then, it would set up shop - liquefying the parts that determine whether he goes potty or not. But, because he's always peeing, wherever he is, just peeing and peeing, nobody would know about the attack until it was too late.

He just doesn't want to, even for Digimon Survive, and he's sorta fruit loops for Digimon shit. He imported a magical watch to house various 'mons, it's like a gym for them or some shit, and you put microchips or whatever in there. You would think that the mere mention of a Mon would make it irresistible, an insuperable lure, like those weird bobbers and twisties and sparkling baits which have left Propriety Station and now border on fish pornography.

But that genre is like grabbing a nettle low on the stalk and then pulling your palm across it, all the way to the top. Here are a few things that are at the naked apex of his pain tolerance:

- When a person's dialogue is "..."
- Collecting special presents to give people at campfires
- When a person says "Whaaaa…?" and the screen shakes
- When you have to go to school or some shit

And I just feel like that kinda stuff is gonna happen here. He's not the only one who feels this way, I guess! There's a saying about apples or barrels or bunches or something but I can't remember what it is.