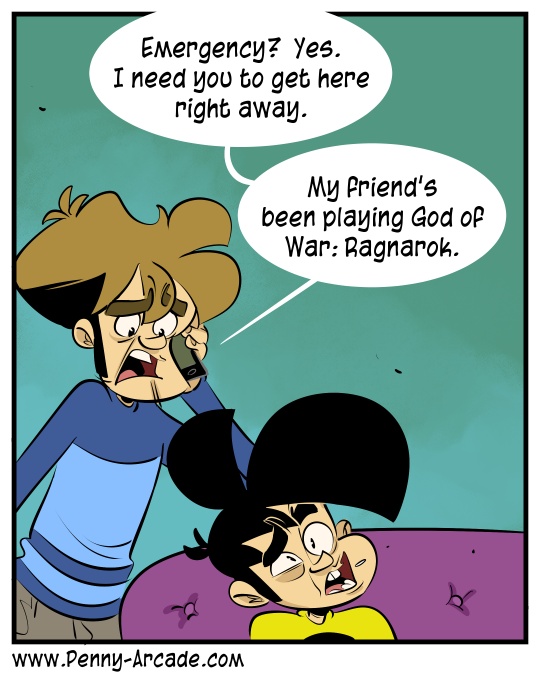 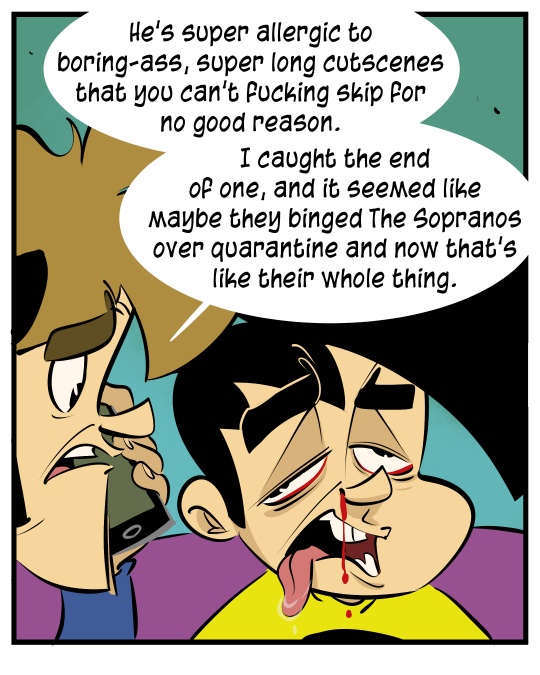 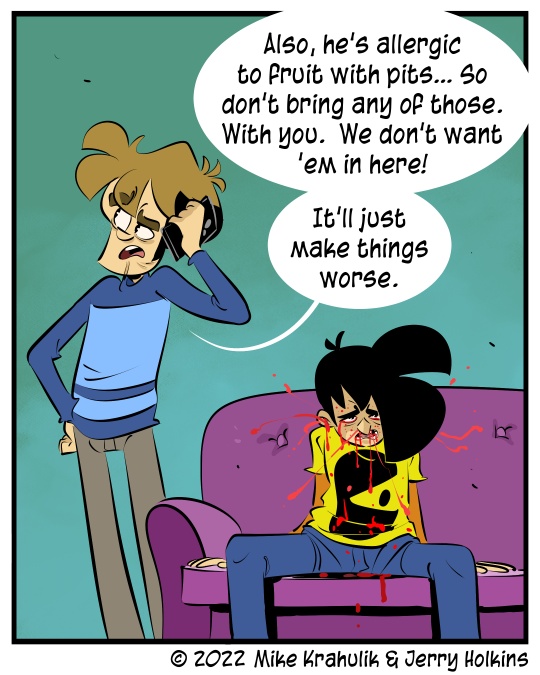 I don't have a PS5. When I was thinking about getting one a little while ago, the price was "lie down in a bathtub full of ice while an amateur surgeon parts you out like a Toyota Camry." Now it looks like you can get the digital version with God of War: Ragnarok for $460. That seems better! That seems like a better price.

In any case, that's why I don't know what's going on with God of War. It's a startling piece of technology and I wouldn't play the game on the 4, in the same way I didn't see Avatar on a regular-ass screen. I only know what Gabe says, who was utterly "in" for about fifteen hours, submerged in it, until eventually the ratio of axe to other stuff overwhelmed the soup. The game looks very expensive, so I feel bad saying it. It looks like it was a huge pain in the ass to make. I think it's worth asking, though, if the same person who wants to dislodge somebody's eyeball necessarily wants to spend this kind of time leaving eyeballs in their place. Or just, like… talking about eyeballs. These are mythic structures they're inhabiting - a wealth, a global inheritance for everyone. They can do some of this lifting on their own.

That's what went down with Midnight Suns. Right? Set aside the cheugy dialogue and Kroger's Avengers. Ridiculous things have to be true in order for that game world to cohere. You have to be the half-dead scion of Cthon's handmaiden and also not be able to get over a seven foot wall and we gotta talk about everything forever. Theoretically much of this social stuff is supposed to be "optional," but it's only optional if you're dumb. Those friendship buffs are no fucking joke. When you take a mission, there's a slow-mo walk and some dialogue, then you go through a portal and you're inside the portal for a little while, and there's even more writing - more than you can even hear while you're running to the other portal inside the first portal you went into!

I don't know why they aren't thinking harder about these dissonances. They would have saved themselves a lot of work.