It is an issue like the one before us today that makes me glory in geekdom. 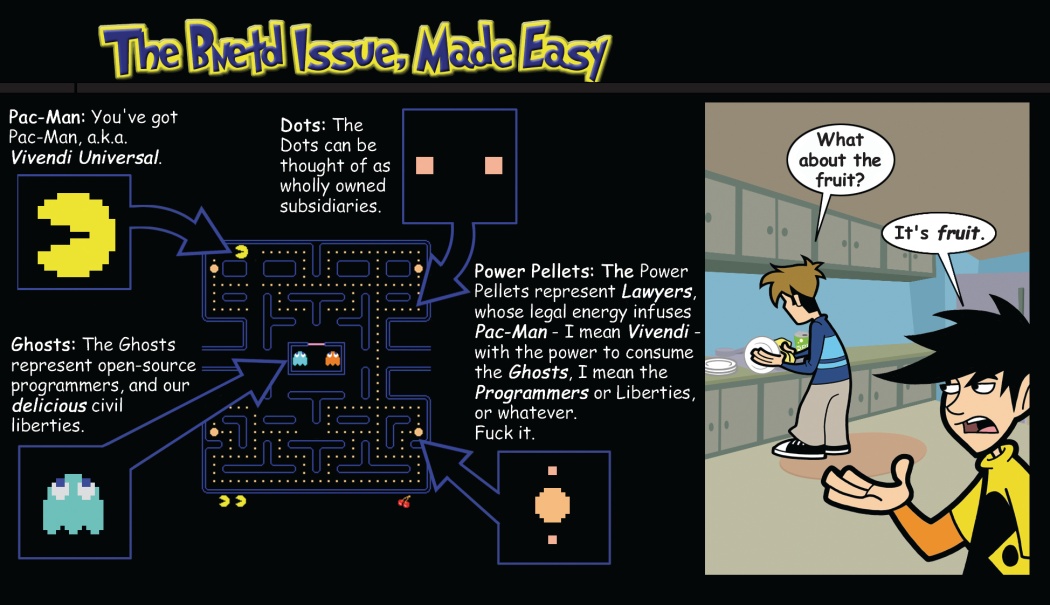 Bnetd, though - heard of it? They've got a FAQ that explains it, but as this is one of the few parts of the equation that I understand, please, allow me: Bnetd allows mortal men to host private substitutes for Blizzard's Battle.net service. Something else that it happens to do is allow people to connect to these surrogate Battle.net's with pirated copies of the software. This sort of thing is a veritable recipe for bunchy open source panties, igniting kuro5hin and Slashdot with "Boycott Blizzard" ballyhoo, peppered with the infrequent, heretical "Perhaps The Issue Is More Complex Than Good Versus Evil." LawMeme, which appears to be a Slashdot for lawyers, proffered this analysis of the pertinent legal realities, which spawned a rather interesting critical view. Of course, this is all highly simplified - there is also a project called Warforge, which appears to be on even shakier legal ground - but you've got enough information in the links I've already provided to eradicate any hope of a productive Monday, if you're so inclined. I only have three things to add.

My heart thrills with delight, knowing that Gabriel's position on all things Emu will cause him to rise up and call someone a hippy. I do hope you'll stay tuned!

I've completely squandered my space on hypothetical meanderings which were likely of no interest to anyone. I liked the bit about the man and the dogs, but that probably wasn't enough to rescue it. I wasn't able to talk about Greg Kasavin's smouldering video review, which I am confident will win an award of some kind - for example, Most Hot. I didn't talk about my grand plan to synthesize the classic, before-its-time Allegiance and the surprisingly engaging Renegade - which I'll still do, because it needs doing. Something else I didn't do was make a dummy sing while I drank a glass of water. I probably won't get to that anytime soon.

Wrapping up: Scunsion requests that you check out his "friend's" flash game, Zero Race. Please, please don't sue him! Andy Hull is putting his formidable programming abilities on the auction block. I'm told he will make an excellent pet! Also, I couldn't help making a post in German under the pseudonym "Snarl" at the Stealth Combat site, which is unfortunate, because although it looked very convincing to me, many of the words I employed were not, well, "words" as such. And it's too bad, because I've actually grown rather fond of "hompf."