Literally the only thing I find unpleasant about Steam is the fact that now, even as we speak, there is a copy of Half-Life 2 on my machine that I can't fondle with vigor. I actually watched the completion bar on the pre-load last night, and it was a pain like being branded. I played plenty of Counter-Strike: Source last night to take the edge off, you know, because it uses the same engine, but it's hard to escape the notion that your game is locked up in the hoosegow and that heroics may be required. 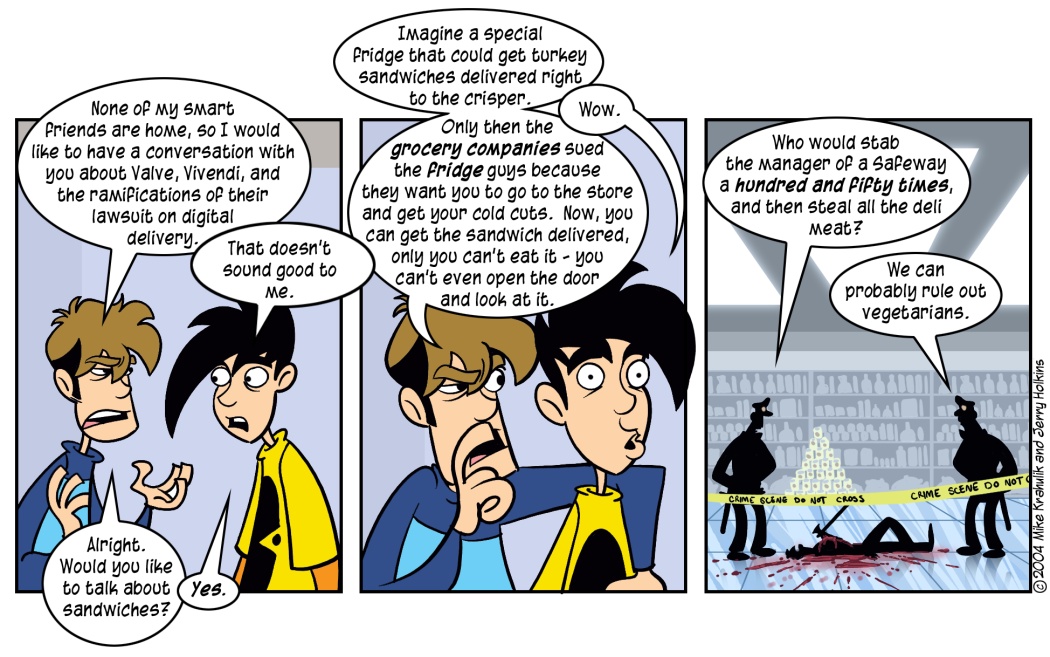 Aside from the fact that my French GIGN is apparently nowhere to be found, it's immediately apparent once you begin playing it that you could stay in for "one more round" until the end of the universe. The much improved tag resolution means that you can even create erotic new sprays to titillate your opponents. Believe me, I've seen the stuff that passed for pornography with the old spray specification, and let's be honest: you really needed to bring your imagination to bear. I'm as enthusiastic about that topic as the next man, but I really need to know what organ we're looking at here, guys. I'd also like conclusive evidence the occupant of your spray is a human being.

Though it's not my platform of choice for this genre, there is a PC demo of the imminent Prince of Persia 2: Warrior Within that might help explain the new branching combat system.

There will hopefully be a big announcement today, something I wrote a whole bunch about and now had to remove. Keep your eye on PAINT or the feed, I guess. Also, make sure your credit cards are where you can get them. No, we're not selling anything. Yes, it's for children. Okay, yeah. It's Child's Play.

we're already set in our ways