Just as a kind of exercise, the SkyMall catalogue is something we've used to keep our minds off the realities of flight for years. The strip we did awhile back about a machine which would repel either dogs or witches (but never both) was born of this odd, airborne magazine, and when we got off the plane from Hotlanta (which I have heard Ludacris refer to as "The ATL") we just tossed it in the laptop bag. 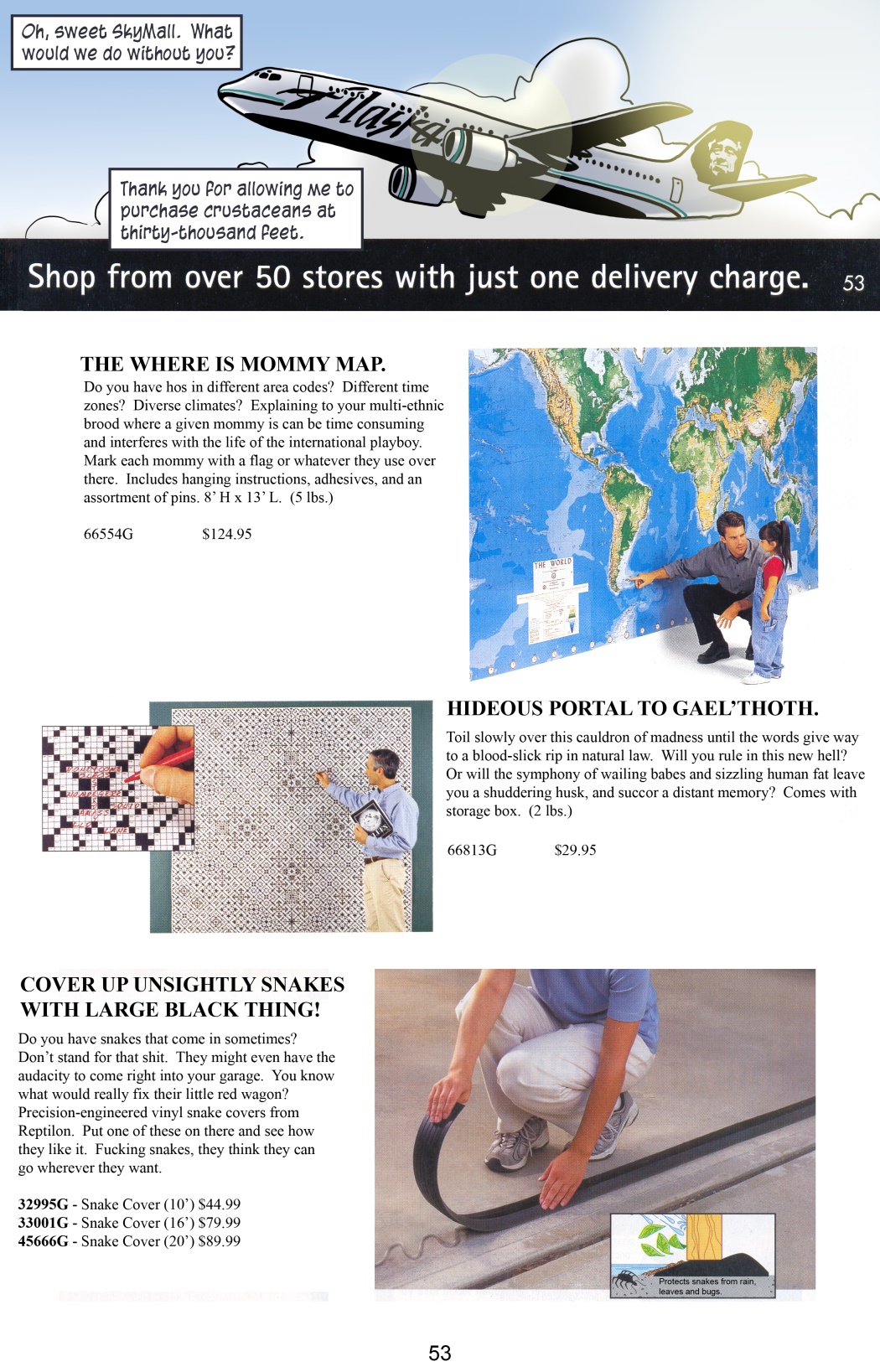 I've beaten Indigo Prophecy now, I have a couple endings under my belt, and on the whole the game is something I can recommend without discomfort.

I know people who have obtained an overseas version because they can't do without the interactive sex scenes that were flensed from our localized offering. I'm okay without it. I don't have faith that I could make such a scene endure for longer than a couple minutes, anyway. I don't need to haul that kind of anxiety into the digital realm.

Short of two very specific "stealth" scenes which feature "gameplay" that is far, far outside the charter described by the rest of the experience, and indeed may be far outside the developer's ability to execute it, there's a lot of what one might call juice in this game. Unfortunately, the storytelling near the end is terribly abrupt, which is only brought into greater relief against the sure-footed delivery of the earlier chapters. The writing could have been tighter in places, and tense scenes are sometimes made frustrating when the camera angle shifts but the controls don't follow.

Note that I still emerged from the experience satisfied: I say these things in the hope that, should their efforts be rewarded by Indigo Prophecy, we can see something else from them that pushes their cinteractive media experiments forward. They can use that word on the box if they want. Or I can make up another one. It's easy for me, I'm a writer.

Day of Defeat: Source comes out today at, well, three in the afternoon. For some reason. Is that an auspicious time? Are they commemorating something?

Foolscap was something that may be outside my power to describe. I don't know that I could capture the wonder, shame, and rage of that period. Was it only a weekend? The mind expands it, somehow.

can you dig the satisfaction