Today's strip was actually drawn on stage at PAX on Saturday. Just like last year I had a little fun once the comic was done. I promised everyone in the theatre I'd post the PAX edit once I got home so here it is.

This year's show was fucking amazing. I'm sure we'll both talk more about it this week, but I want to quickly list some highlights.

-Playing Eye of Judgement before the exhibition hall opened on Saturday.

-The crowd participation during Re:Your Brains by Jonathan Coulton. "No no, that's too real!"

-Playing Rock Band on stage with Kara,Robert and Tycho in front of about three thousand screaming fans. Also on YouTube but I can't link it for secret reasons.

-Playing Battle Revolution with a group of kids who had no fucking clue who I was.

-Watching people laugh at our game in the Hothead booth.

-The Minibosses playing the Halo 3 theme to intro the final round of the Omegathon.

-Finally beating Tycho at a game on stage! 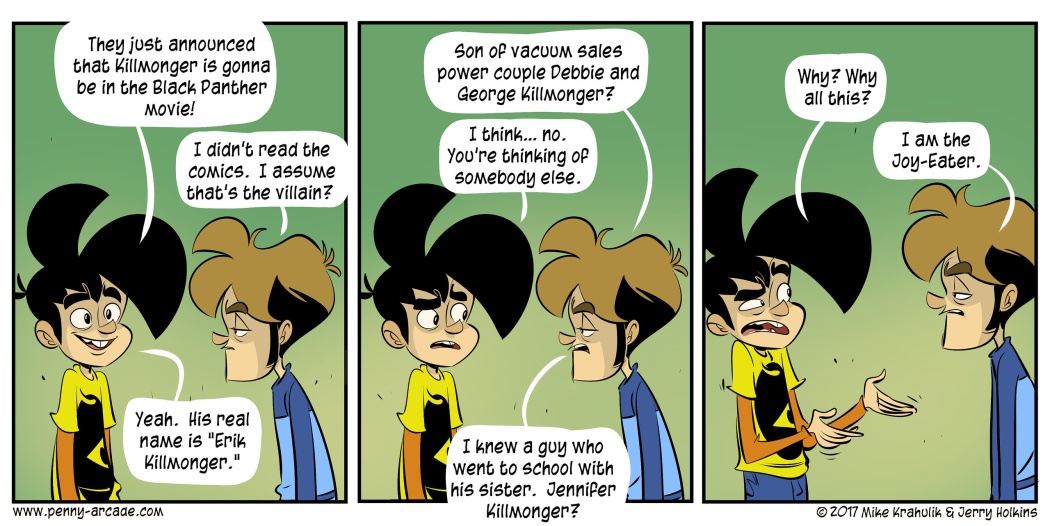