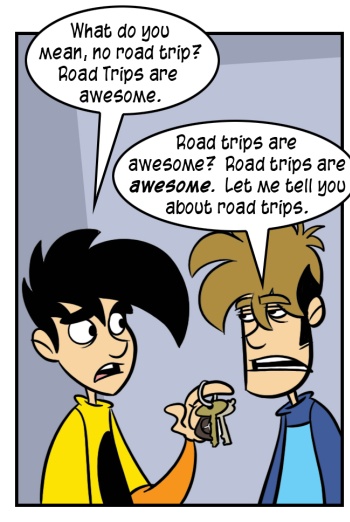 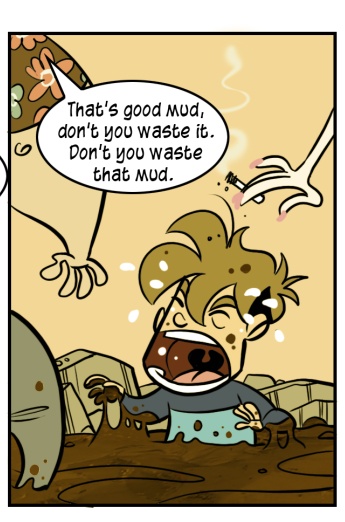 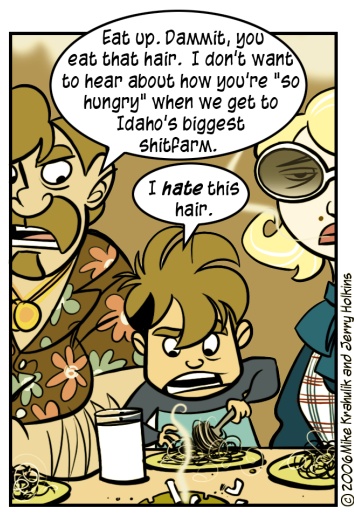 I go into why your terrestrial "road tripz" are not a natural state for me, on account of my painful history with the practice, which on more that one occasion involved pain that was not purely figurative or otherwise augmented for the tellin'.

Whenever I was not beneath the extension cord's downward arc, my father had a passion for "improving" me, though of course this was the stated goal for both processes. His technique was not unlike how a man might introduce a mongoose to a cobra, with the thinking that one of them would be "educated" by the experience. One of them would, it was assumed, be so educated that they would cease to exist. But, this was the authentic method of wilderness learning, the true schooling we were all denied when "liberals" built cities and forced men to live within, eschewing bows.

I preferred primary edumacation to Summer Break, as during the summer I had no walking access to a library. I had seen Time Enough At Last by then, and time away from a significant concentration of books was not something I could bear on account of the significant Goddamn dangers. No, it was time to pile into the shitwagon and drive up the asshole of Hell. We always had a bible, and that was a book, and from it I did derive the comfort that men have pulled from it for centuries. I never saw either of them read it. I assumed at the time that it was there in case one of their psychotic "activities" resulted in my death, and they needed to mock up some impromptu last rites.

My parents would drive us to some fucking mudhole in the middle of nowhere, a hundred miles from the nearest shantytown. We'd be crying, up to our ass in mud, mom would buy some kind of mud pot from the gift shop. My dad would pipe up with something about how this mud had magic properties or was the biggest mudhole, or some other ahistorical bullshit, and this was clearly meant to heighten the already intense pleasure of our mud experience.

The lake we would sometimes travel to, and I think they called it a lake because it had not completely evaporated, was clearly home to toxic mutants. As dangerous as that sounds, this was not the primary concern, for this area of Washington was famous for its rattlesnakes. I don't mean they had a rattlesnake exhibit where you could see them inside a cage, and then emerge from that dark zoo, the sun on your face, in a land blessed and free of them. No, the people in "them parts" are proud of these things. There is a sign by the main thoroughfare that says "Watch Out for Mister Shakes!" who is apparently famous not only for being a snake but for being a very large and dangerous, free roaming fucking man-eating snake. It was my presumption as a young man that he was called Mister Shakes both a) as a courtesy, i.e., "Please don't bite my fucking ass, Mister Shakes!" and also because of the rattling you might hear before he slunk from the grass to murder you. I understand now with the wisdom of many years that the shakes they referred to describe the strong spasms associated with their thick, (sometimes) black venom.

And the food out there on the frontier. Jesus Christ. Eating at whatever rat trap happened to be attached to the gas station we just coasted into. Plate heaped high with fried hair. Warm cylinder of milk pulled from whatever animal happened to be pregnant at the time. So, no. He can rattle his keys all day, if he would like. I'm not going to suit up and get in the car just so I can drink cat milk, eat hair, and get killed by the king of fucking snakes.