The fact that Gabriel's players are expressing mastery of D&D - solid characterizations, systemic control, leveraging the gestalt - is something to celebrate. Just as he is a first time gamemaster, his players are almost entirely new to the game, and the alacrity with which they've taken to their task would warm my heart, had I not judiciously replaced said heart with a serrated chunk of living obsidian. 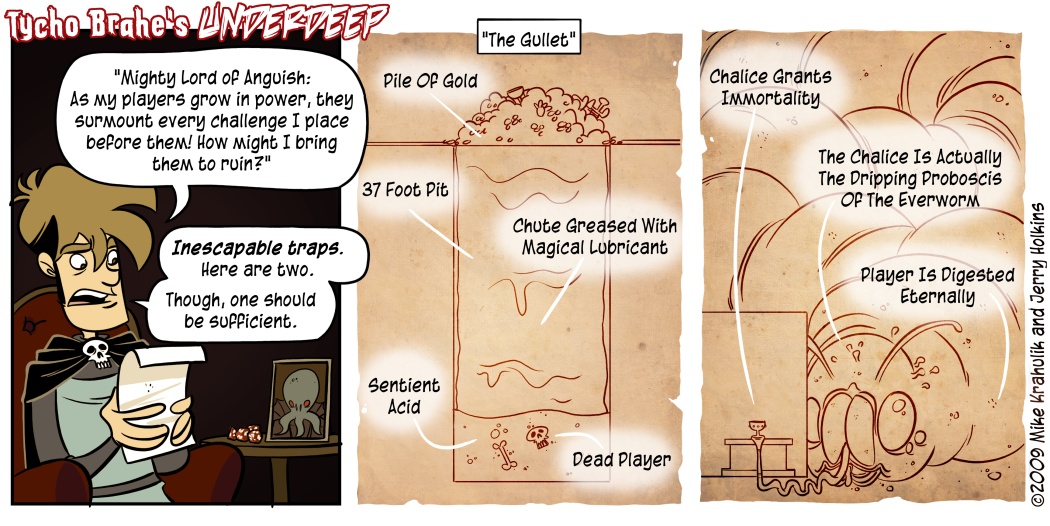 I continue in my role as campaign consultant, offering the occasional bit of dramatic supernal gibberish or world-building fluff, but I suspect that (given the above) more may soon be required. Something brutal and carnivorous. Something unrelenting. Something...

I must admit to being shocked that Demon's Souls - a monument to the God of cruelty - is riding high at something like Ninety Percent on Metacritic, a threshold which their amalgamation engine refers to as "Universal Acclaim." Not shocked to hear that it's good, mind you. I already know it's good, and did my best to convince you of same. But you won't understand that it's good immediately - like most From games, it tends to undersell or even obscure its manifold virtues. It is a game that demands investment, rewarding the player with a deepening texture. Such games are not constructed to succeed when exposed to the strange rays of game journalism's editorial edifice.

I also wonder why Sony chose not to publish the game in the United States, as they did in Japan. It's such an intimation of secret love for the truly avid gamer that you'd think they'd be clamoring for the widest release possible, particularly since their aggression toward this type of consumer is practically overt.  It may be that such an ode to the old school - which Demon's Souls incontrovertibly is - would be out of step with their new image as the Everything Doer for the widest section of the market as opposed to some basement-bound shame box for albinoid otaku.

we were never carved in stone