Kinect, being an onyx lozenge bristling with a combination of sensing "eyes" and licking "beams," has an inherent Fear Quotient (FQ). It generates a base amount of human terror simply by being plugged in. And after as little as twenty minutes spent observing human targets, test units are (reportedly) resting in puddles of acrid, burning saliva. 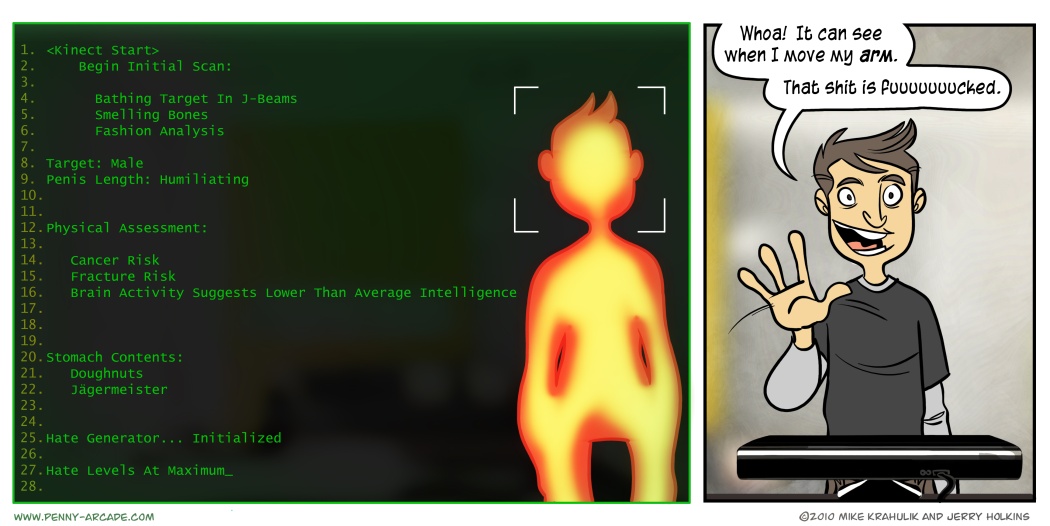 I understand that we're supposed to envision Move and Kinect on some kind of Madison Square Garden fight poster, but I'm not entirely sure these are comparable products. Move attempts to split the baby, which is (metaphorically speaking) a noble gesture: one that attempts to make converts of their existing base while courting the wider world. Is that something that works? We'll see. It's much more suited to traditional games (which is to say, suited to them at all) which makes catalyzing a user base a safer bet. Kinect is still crazypants, but it's hard to predict the result.

Much of the Kinect dialogue is taking place at a level of sophistication that doesn't intersect at all with its intended audience.  The population at large doesn't talk about experiences in terms of their framerate, their refresh, or milliseconds.  Asking "how will you play the Halos on Kinect" is like asking how you could make ice cream in a bird's nest.  People who play the (ahem) "Halos" seem pretty happy with controllers as a method of player interaction, and in a genre that trades on fractions of a second, it's a proven mechanism. I don't want to say it's a stupid question, but it's certainly the wrong question - that is to say, it's not a question about the Kinect as an input methodology. The Kinect would be profoundly and uniquely bad as a primary controller for an FPS.  That isn't what it is designed to do.

You cannot - in all seriousness - make the claim that the problem with the Xbox 360 is its dearth of shooters.

Look at the racing experiences shown: by comparison, Mario Kart is more hardcore. These Kinect racers are games without brakes or acceleration, for Chrissakes. There have been demos in the past that featured acceleration and braking by shifting your foot forward and backward on the floor, but such demos were not in evidence at E3 this year, and they're not important for this discussion anyway. These are heavily abstracted experiences, by the standards of those who love this medium, and abstractions are generally seen (again, by us) as dilutions of purpose. Is that notion true for the people they want to buy this thing?  If you identify the fun part of an interaction, and distill it, is that enough?  Do those people - them, the usurpers - care that they are not being given an accurate simulation, so long as they may drive a Ferrari?

This whole notion is ash in my mouth.

People who identify deeply with this pastime would never in a million years have foreseen the rise of the Wii, and of this new type of player, whose mysterious predilections and coherent purchasing beam now grip the rudder of an industry. I'd say that enthusiast gamers are singularly bad at predicting broad market success. If we don't like something, collectively, if our hatred for it throbs like an abscess beneath every thread, does that mean that they're doing something right?

is your hair as black as ever 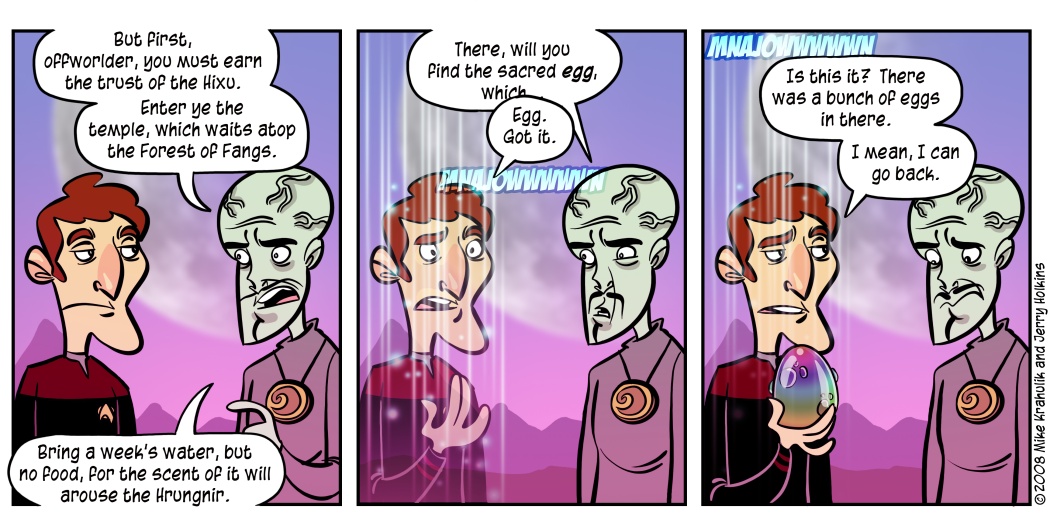