Battleship Galaxies is a tactical boardgame, and it features hexes, which grants it an unassailable seven out of ten points straight out of the box. Things can only go up from there, and for the most part they do. Tom Vasel has a good review here, one that has it right in my opinion, which is another way of saying that he agrees with me: It's good. But I'm ready for advanced rules. Or ships. Anything. 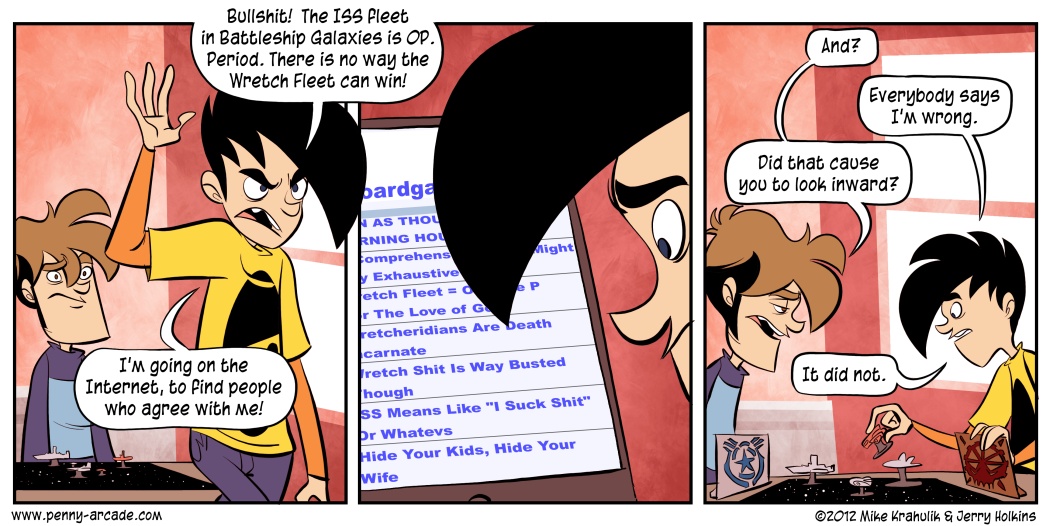 It was this desire for increased "crunch" that caused me to seek out Star Trek: Fleet Captains. Ships, hexes, and click bases which allow you to "transfer power to shields" in precisely the fashion one has always wanted to. Plusses in every column. Gabriel began to simmer, first in the eyes, the eye region, and then he began to whittle words to a sharp point and throw them. His basic contention was that we hadn't wrung Battleship Galaxies out yet, and there was something rude in this. He made some kind of pet analogy, where I did something to his dog, something bad presumably. I suggested it was more like I had secured a crocodile for a pet, which then proceeded to devour his pet.

In any event I held off to palliate him, and also because I'd read some spooky stuff about broken bits. I understand WizKids is very good at replacements when it happens, but it was enough to give Battleship Galaxies a reprieve. Before we move on to a new game, Gabriel should probably be allowed to win a round of this one.

We've got a new 4th Panel for you today, the writing process for the strip "Mitigated." it's the one about getting the ultimate reward for nothing. Indeed, being granted immortality specifically for being bad.

i got to shine