There's lots to like, or not like, or to think and talk about as regards the onslaught of Wii U data. I happen to believe Wired's Chris Kohler does it best; he's got a psychic investment but it doesn't cloud his analysis. The price is a concern at the individual level and also at the meta/tactical level, but if - like Gabriel - you saw your son gleam in the presence of the device, you might feel compelled to see that glow again. 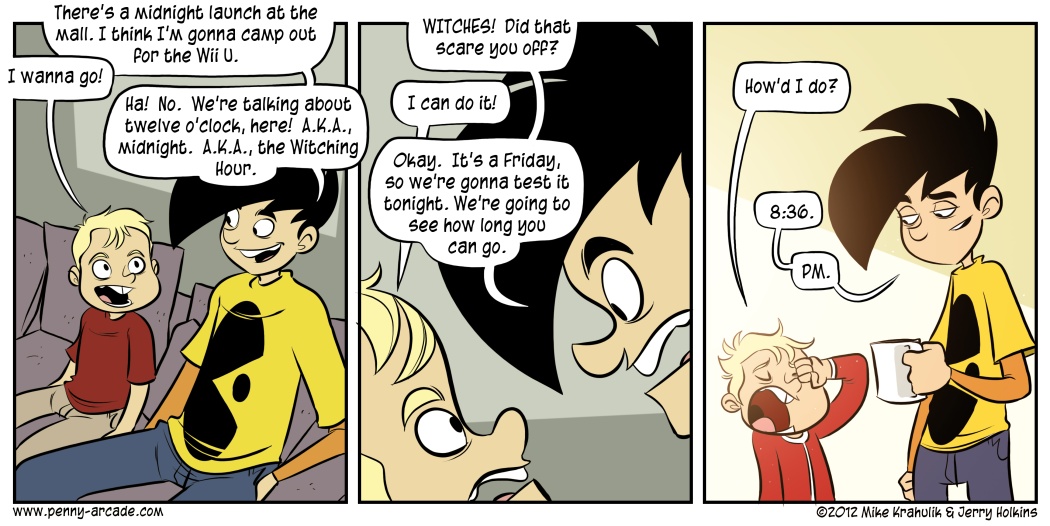 FTL: Faster Than Light is out today, one of the first big gaming Kickstarters to bear fruit, and it's a fruit I can't stop biting. The best part is that it's always reforming itself post-bite into some other fruit, and then I can bite that one. They have created a spacefaring meta-meal.

You just wanna tousle their hair. You know? That's probably not okay to do. But this post is me grinning at them, a big one with only the barest hint of teeth, and essentially being like, "You did it. You said you would, you took money in, and you catalyzed it somehow into this space captain real-time boardgame thing. And it works, somehow. You beautiful bastards, it actually works."

Boardgame is right: this is a game where you pull a fresh ship out of dock each time, cutting through sectors on your virtuous mission. Getting into scraps, putting out literal and figurative fires. Also, shopping. What surprised me most was how scared I was; the game is hard when you're starting out, even on "easy." Being scared made me care. Everyone was dead but the engineer, and he and the autopilot sailed through sector after sector until they ran out of fuel. There was a story there, all the pieces of a story, and I felt it.

I'm working on Gabriel to get him to try it, but a game's visuals need to be executed at a much higher level to get him and keep him. The ultimate Indie excursion for him is a Torchlight or a Dust: An Elysian Tail, where art is a priority (if not the entire purpose). For me, FTL doesn't have "functional art" so much as it recalls a period of time where graphics of this exact kind would have been considered "badical." It makes me feel like I'm gonna ride the bus home with a friend beacuase his dad said we could use the computer to play a game after school. That's something I want to feel constantly, if I can; I will always endeavor to create the preconditions.

when the winds come