We used to have a private Minecraft server, but maintaining one of those and hosting a curated selection of that community's prodigious mod output can take as much time as you let it, and I think that ultimately we decided that it was a "time eating machine what eated up our time." So Gabriel the Younger started connecting to public servers, which marks the crossing of so many thresholds at once that it's the sort of moment you collect for posterity. 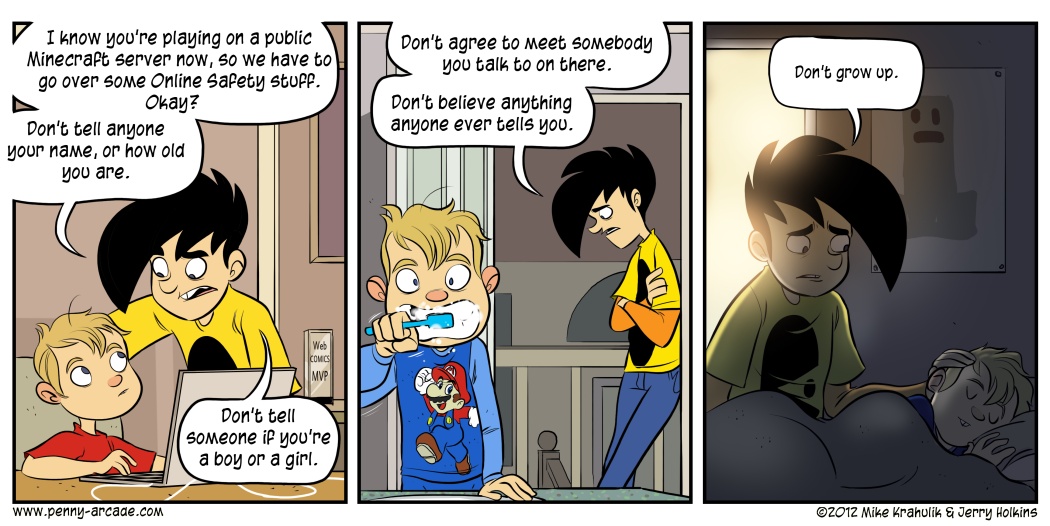 Gabriel the Elder was quick to tell him that the language he sees on there wasn't fit for common use, but the young man spun that as a plus; now he would know what words not to say, which is a very interesting sales pitch.

We knew that "online rules" were something we wanted to do for the comic, but the strip as you see it very nearly didn't happen. I wrote it out this way, but was afraid to tell him what I had written because it's a little... close, so I asked him if he had his phone because then I could send it to him and I wouldn't have to read it aloud. He didn't. At the same time, he had come up with something very similar, but only got halfway through the idea before he said it was dumb, but I made him tell me just in case we were actually on the same page. We've been making stuff for almost twenty years now, and this thing almost didn't happen because we were each, independently, afraid to be honest. There is no doubt a lesson in all this but I refuse to learn it.

I'm horrified when I think about the shit I got up to online, as young as thirteen. My mother let me do things I'd never let my son do in a million fucking years, but those things were deeply formative, so I honestly don't know who is in the right. My "peer group" then consisted largely of childless adult proto-nerds, real Mark-I models, the almost exclusively male cloister that would eventually pass the mantle to us.

They were in every way sorcerer-equivalent, and their metaphorical van had something profoundly more enticing than candy: videogames. Thousands and thousands of them, in an era where transfer speeds made piracy a largely social endeavor. It only occurs to me now the kind of incredible danger I was in; what some of the things that happened actually meant. 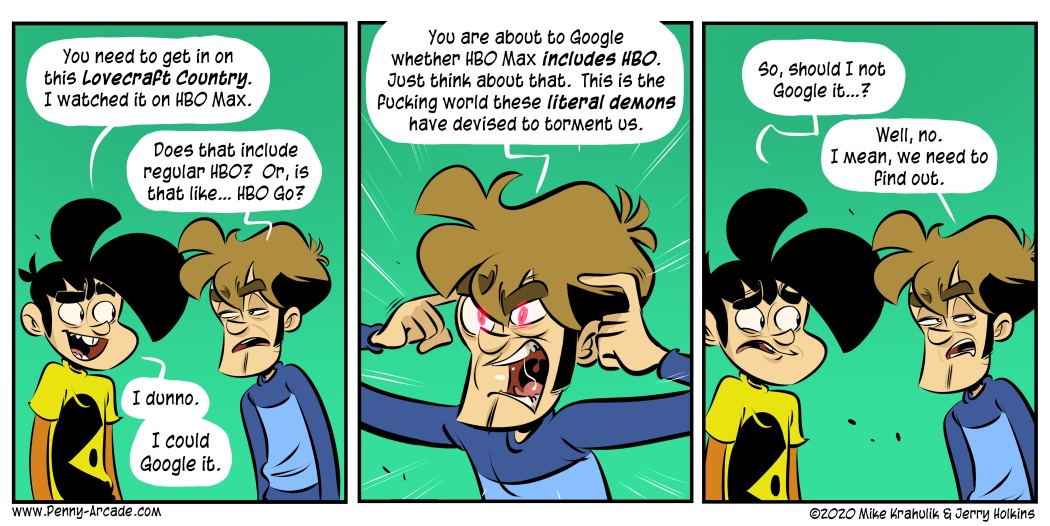