Part nine of Sand is available, and I think there's only one more. That's why it took us so long to get around to it - it's, uh... I guess Elaborate would be the word. It's ten "strips," total, but many of the strips are larger than standard. This would have been a month at least according to the regular schedule. At the very least. 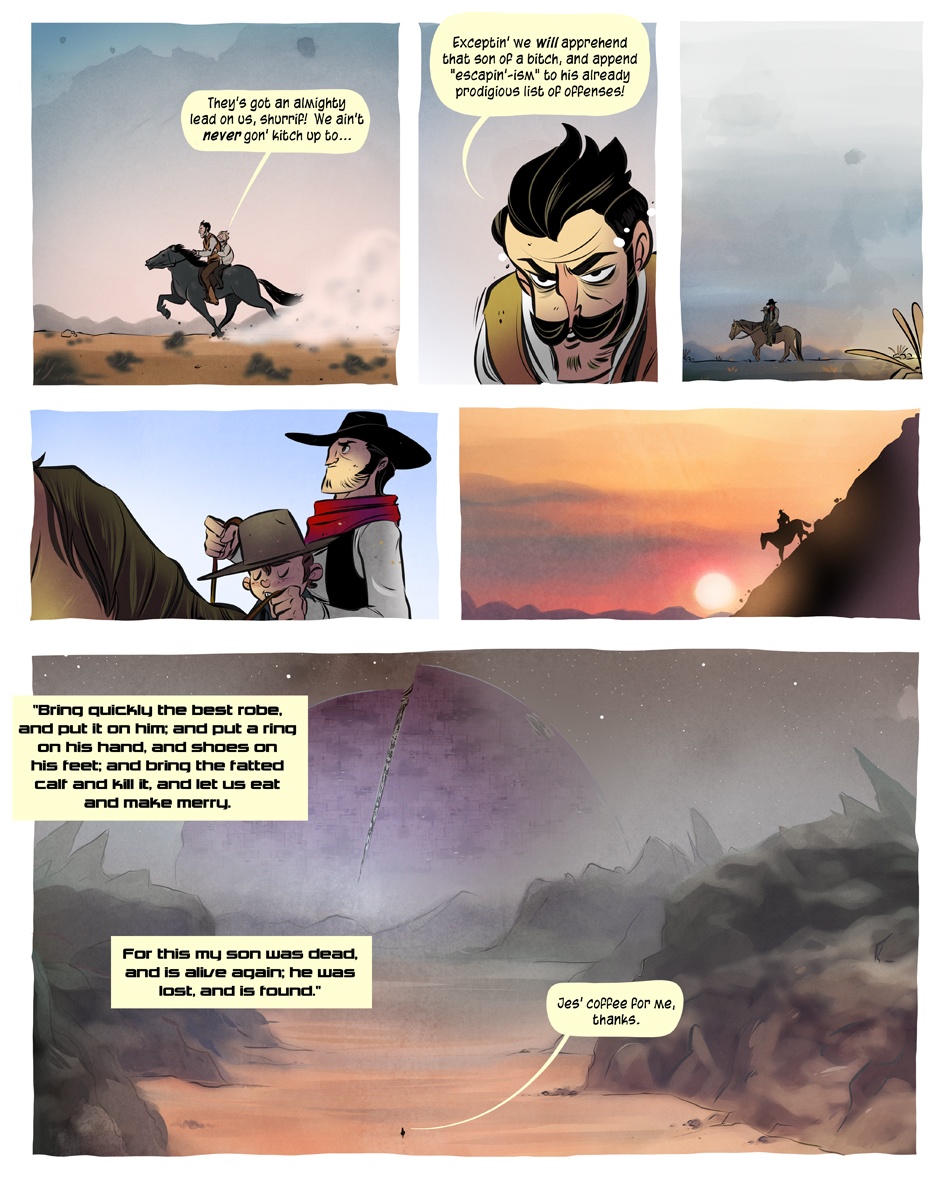 So, a lot of Australian stuff happened in Australia. If you try to tip a person who has provided a vital service and done so with aplomb, they will treat you like you are trying to hand them a cobra. It was bonkers. But! Nestled into the rest of the superstructure was an hour or so of time slash heady discussion with and about the Oculus Rift. Ben over at PAR has, partly due to his mission and partly due to his unbounded fascination with its potential, taken a leadership role in Rift reportage. He brought the equipment out with him, and once I wrapped up my post I walked the eight or so blocks to over to his place to see it. Technically, for me, it was twelve blocks. I passed it and had to walk back. I'm tough; I can handle it.

The figure Ben cut in the room was that of a kind of Oculus Rift dealer, smirking with secret knowledge of his wares, distributing samples with ease. Erika, Levin, and "Gabriel" had beat me to the room and were already impressed. He cycled us through Quake, some kind of Space Lander, and a rollercoaster which might have been the highlight. Part of the fun is trying to create a haptic space for the user to be further immersed. I could tip and rock Levin's chair for the rollercoaster to sync things up, and when he returned the favor it was on the border of "too much."

The disorientation upon leaving the projected space is some real shit. At least, it was for our test crew. Being in VR is something that you can get good at, presumably - another "environment" you can acclimate to. But going between radically distinct spaces still requires a kind of consciousness "tax" you can feel as you switch. It felt like coming up from a dive. And one of the games I played was a dive. So I got it double.

This is something I have to keep an eye on. Or eyes in, or whatever. The funny part was that the beta kit we had there, where the resolution and head tracking still aren't where they want it, is already so shocking in its power that you are preemptively spooked by its final form.