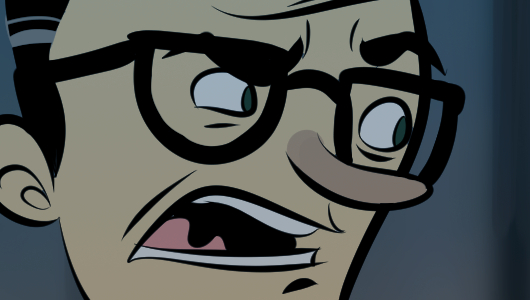 I agree with Gabriel that the game starts slow. Wolfenstein starts slow, also. Are they testing us? Is this some application of the Heinz Principle, some corollary of it? Is our moral character being tested? Nevertheless, when the game starts out, it's very, very Splinter Cell. You literally go from Cover To Cover throwing distraction gadgets, and it made me wonder briefly if Watch Dogs came out of the original plan for Splinter Cell 5 - an open world political thriller. Maybe that's not something we get to know.

There is something here, though, even if they don't let you see it right away. The part my cohort described - hacking a building without ever entering it - I managed through a combination of physical presence and technical sorcery, but we both got through. Some of the people who worked in the place we cracked had weird "hobbies," as you can see from the occasionally chilling data the game is always telling you about people. And some of them carry things no person in their right mind would possibly attach to their person.

Like any game where you go to all the places and do the things, I need to figure out the channel I'm going to run that feels best to me. The big flip they present is essentially being disembodied, becoming a digital person, and I found something last night that was a puzzle I didn't even recognize as a puzzle initially. I found this fact borderline electric. I'll keep you posted.

Gabriel has a gaming laptop, A Razer Blade Pro, which is a type of device I find challenging just sort of cosmologically. I can't really bite the bullet on this form factor. I would rather build two better machines for the same price, and install them in the places I am most likely to be. But having his saves locally means that he can just play Watch Dogs off his local save, independent of whether or not he can access uPlay, which is where your save games live in the cloud. So he's inoculated from one of the challenges playing it on PC. It's not a Steam thing, like you might expect. I was this close to just catching up to my other save, putting in a couple hours to get there, until I realized that was legitimately fucking just a straight up loco time management strategy. But I almost did it anyway, which should give you the general temperature of my ardor.