I wouldn't mind playing around with an Apple Watch, and I don't doubt that it represents a very specific fork of our wearable future, but I don't sense a hole in my life the device would fill. I also think the pricing is outta fucking control. What's funny is that I would not find a traditional timepiece in that range offensive; such a device represents a graphable point in life, is Property, is functionally a phylactery which will communicate my cold will to future generations. I am trying to imagine how one would "inherit" a piece of notoriously transient first generation hardware. My daughter's daughter would have to hit up Future Etsy for an artisanally made cable just to update the firmware. 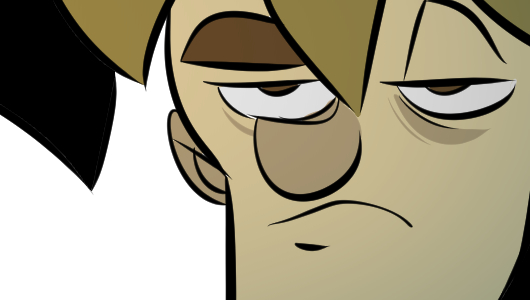 I'm a believer in this class of device - if you've ever been to a convention with and without a Pebble, let's say, you know that one of these scenarios is a substantial improvement over the other. At this specific chronojuncture, Pebble Time represents something lower to the ground and closer to what I want, or think I want, but who knows. A youth spent at the end of a bully's lash means that in any confrontation, I choose David over Goliath. Then again, I typically follow up a block of reasoning like this by going and doing precisely the opposite of what I just said. At PAX Prime, pay close attention to my wrist.

It may be that there is some "must" The Orple Wurtch will be able to do that my phone can't, some profundity I'm not able to conceive of. When I look at that app space right now it reminds me of when console manufacturers invent some new, more complicated way of doing some normal Goddamn thing, and now Nathan Drake has to throw his grenades with the Sixaxis or some shit.

I resent it when a new piece of culturally relevant technology comes along and we go with the first fucking term, like Blog or Teledildonics, and we'll no doubt need to endure a sharp rise in the latter with the advent of the haptic fuck watch. What needs to happen is that when something gets invented - some cool thing, don't come around here with your stupid shit - they need to bring that thing to writers and let them take a crack at it before you start in with the Latin Roots Fridge Poetry. You may wonder what the writers get out of it. The compensation for these writers is that they won't have to wince when they order their teledildos from Amazon, because they will actually be called Cydonian Dick Engines.