Hopefully Gabriel will deal with his dumb work or whatever so we can play Armello again in the afternoon. His aesthetic and the game's aesthetic are at odds, maybe, but it all kinda works too. I had a profoundly frustrating game myself last night, testing out some stuff with River, who is an archer wolf lady that can fire shots into battle before fights start. There are dice, which means randomness, which for some is a deal breaker; but you can make a bulwark against randomness by expanding your hand size a little. I tried, and failed, to penetrate the castle's defenses for four consecutive turns, utterly ready to win, and on six dice I never got the one symbol I needed. It taught me something pretty serious, which is that if I want to win, hoping to win isn't sufficient. I can curate my hand until I have a bounty of symbols and then make a play. I have no idea what I was fucking thinking. 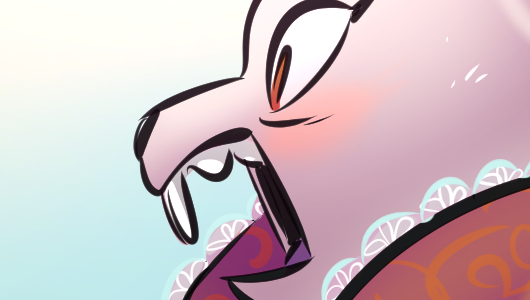 We don't usually cover tech news, but the new Apple shit is on point - and plus, we're starved for clickviews. So we're going to start live coverage of the press thing so that we can root around in that company's ribcage together. Buckle in! Or up! Interact with the buckle in whatever way makes you most comfortable.

1:34 - "Gilt proves that social shopping is the fifth horseman of the apocalypse." - Honore Drapper

1:24 - (Sarah Jarmp proceeds to watch Paddington in its entirety.)

11:43 - "The future of television is what our competitors have been doing for years." - Tim Cook

11:40 - "Televisions are devices with screens that things appear on." - Tim Cook

11:25 - "Create bone spurs in real time, until the patient reveals the location of the gold." - Samantha Rapport

11:12 - "Here at Microsoft, we pride ourselves in being absolutely complicit in our own annihilation." - Vice President of Mausoleums, Géorg Hanover

11:04 - "Apple Pencil can also act as a stake, which can be pounded through the hot, red heart of the Surface Pro." - Jony Ive

10:55 - "And there's something even more incredible inside this iPad - the Christ Lord, Jesus of Nazareth. That's right, Christians. Your God… Our slave." - Xanthos The Christ-Binder

10:53 - "We wanted to know: could we make an iPad with more pixels than God herself could lift?" - Kirk Lempin

10:52 (A full half hour of applause without correlation to any perceived stimuli.)

10:16 - "Our new watches are made entirely of double super gold. They are just a piece of gold that you can wear to the left, right, or directly on top of the other gold you own." - Tim Cook

10:14 - "No longer will vile babies roam unchecked on the blistered flesh of the earth." - Tim Cook