I had the weird-ass Brown And Green Zune, so I am not really in a position to defend myself; I made tremendous use of the device. I think it's my job to act as a halfway house for orphaned, exiled things; I have always had a fear that a preconception or the preconception of another will foreclose realities in some way. I thought it was solid. IP wrangling being what it is, some of its cool tricks couldn't manifest. It was a pretty fucked up time - you'll recall that you couldn't buy MP3s directly, yet. Microsoft has a strange, almost preternaturally doomed habit of releasing things at exactly the wrong time. 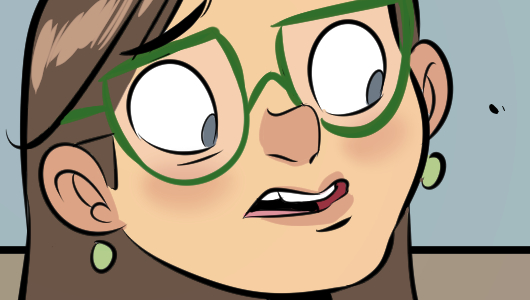 It occurred to me yesterday - right before we wrote the strip, which was good timing - that working there has to be a really complicated emotional scenario. For a long time, it would have been like working for Hydra. Hydra later, when everybody knows it's Hydra. Not the secret Hydra. Like, you park your car and you pass the Hydra logo like ten times before you get to your desk. The implication that one is a tentacle reaching out from a skull. I know a lot of people who work there because I live here. They're not literal tentacles. Well, Fernando is a tentacle. But that's just one guy.

No, it's about how you get perceived; how you get homogenized into a shelf-stable, uniform grey liquid by comments of forums and articles like the one I am writing now, even if I'm only describing the process second hand. Everyone I know there is smarter than I am and works harder than I do.

So if you did end up on Hololens, which is like a reverse Kinect in some ways, and you were receiving feedback which is of the form "doesn't seem like a Microsoft product" or "is actually cool," they are compliments but these compliments have a weird shape. There is negative space at play; the information is married to its opposite in a single, coherent package. My suspicion, based on nothing really, is that a complement of this kind might be difficult to metabolize.