Since the first packet of Internet data swam over a wire, it has been a good time to be a fetishist. 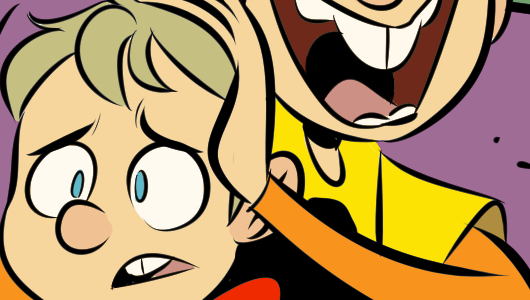 There are so many fetishes and now every hour is The Hour where your predilection wears the starry crown. No capacity for fantasy is required; it is almost certainly happening live. This is broadly applicable but I am utilizing this framework exclusively for the dead end cultists of forsworn genres like Adventure Games or the glorious, primal form of what were once called CRPGs and are now called Impenetrable Word Fortresses. Much of this genre necromancy - not all of it, but much of it - has been catalyzed by Kickstarter.

This paragraph will communicate, with a content index of only a few parts per billion, a sense of vague, nearly aerosol unease about how multinational corporations occasionally use Kickstarter to goad and prod consumers into funding things they can pay for. This is similar to how, when I am making macaroni and cheese, I let my five year old daughter perform a few ceremonial stirs of the cheese mixture. I must perform this bit of conceptual genuflection because I am a serious thinker, like other serious thinkers who all believe and say exactly the same things. I don't really care, though. People buy what they want to buy, and don't buy what they don't want to buy, which is only a problem for you if you have some deep-seated beef with reality.

Shenmue is hard to quantify for people. It's an Adventure Game and it's also an RPG. It introduced into exploration a kind of hyper-granularity that seemed impossible, but may be dumb to you now, which was the ability to open drawers. Like, pretty much any drawer. You could look in there if you wanted. That may not strike you as having the golden ring of an angelic clarion but it's still the case that most doors and drawers and all kinds of game shit aren't "real" in the sense that they can be interacted with, and they held themselves to a standard of interactivity that would be ridiculous today except they did it like sixteen years ago. Only Minecraft and its ten thousand young come close, but this wasn't algorithmic. They had to think about what would go in each drawer. It remains boggling.

Its most enduring contribution to the ouvre is almost certainly what the manual called a Quick Timer Event, though nobody else really uses them in a way that's on-model. A lot of times they are criticized as being a cipher for actual gameplay, which… is a very good way of putting it actually, though God Of War used them to reward players or deliver cinematic interactions not entirely contained within the regular gameplay framework. The way Yu Suzuki used them is rare, now; so rare that I can't think of another example, but the moment I press "post" no doubt a high pressure stream of them will flow into my mind. They were cutscenes, sure, but they tended to come out of nowhere and represented you having to react in a split second. You couldn't just do them over and over again, and they could fork the narrative. They were a simulation of time, which loops back around to the granularity thing. All the examples from the strip are true, and they are weird, really weird, which is why I enclose this game within the parentheses that I do. The game is nuts, and the market of its time obliterated it; we have been, and shall be, its phylactery.