Gabe's dad is kinda like a Dad Dad. He's like a diagram of a dad, with all the dad parts, all the… phalanges, that dads always have, and we can compare other dads to that dad in order to determine a kind of universal score. 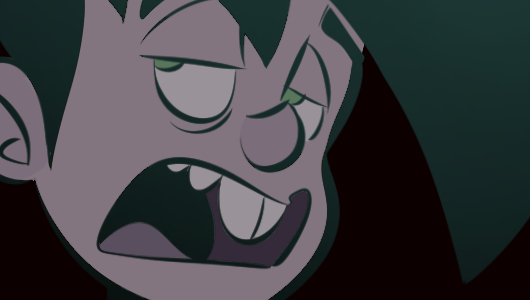 Dads didn't used to be allowed emotional range, by which I mean to say "emotions," in the classic sense. Obviously they had them. Inside. I believe I have delineated the acceptable crying scenarios before: when their own father died, when their first son was born, and when they were forced to shoot their horse. Those are the times. When I heard from Gabe that the man had a detective story knocking around in him, provided there was a convenient keyboard nearby, I was elated. Then again, it wouldn't be me dealing with the ramifications.

I have been trying to type Kickstarter many, many times to open up this paragraph, and it always seems to come out vaguely Nordic, like "Kiskatrter" or "Kiksaatir." Let's try again, with all of my reknowned vigor: The Automata Kickstarter is plugging away, and I have traded the fear of running the campaign with a new fear, which is the fear of actually having to make it. I've got 24 or so days to come to terms. But! All 300 backer slots at what I am calling "The Hoodie Tier" are taken, but there are (at this juncture) a few hundred slots at the Pinny Arcade Pin tier. Last time we did a Pin for a Kickstarter, the DLC pin, it got kinda nuts. That pin has something of a legendary status, and we wanted to follow that up with something rad this time around and I think that's what basically what happened. The design crew thinks it's the best we've done yet:

And, if you are curious, the Clickwise at the bottom of the pin does actually parse - there are a couple examples out there if you wanted to try and figure some of it out. The two I can think of off the top of my head are the graffiti from Automata: Silverside and the "left arm" on the new-ish Automata shirt Dabe designed. Because I am who I am, I should emphasize that it's not Clickwise proper but Clocktalk, a specific dialect of Clickwise designed to incorporate English words. That all sounded really cool in my head. 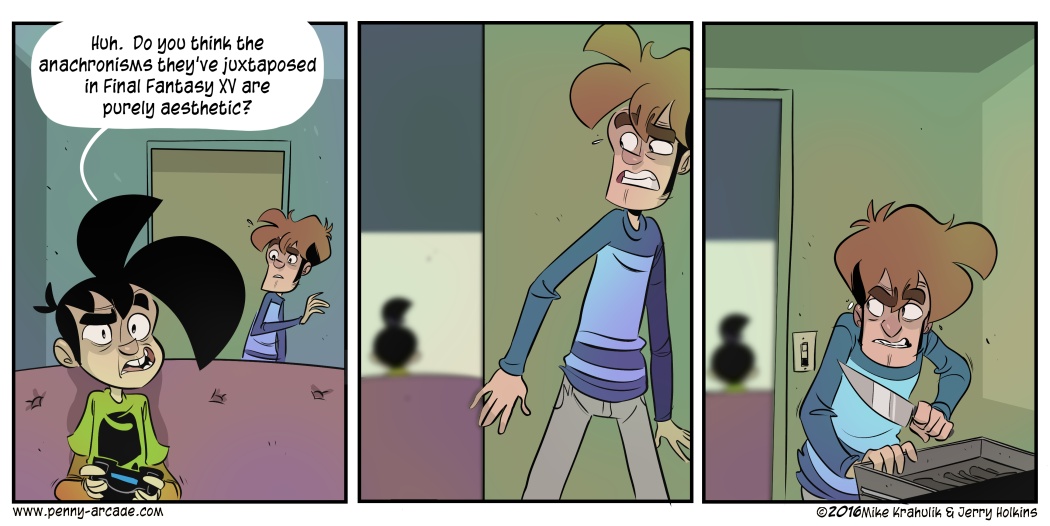