Just as it says on the tin, it's Grace: Part Three. It's not the sequel! It's the threequil? Treequil? Triquil. It's the third one. 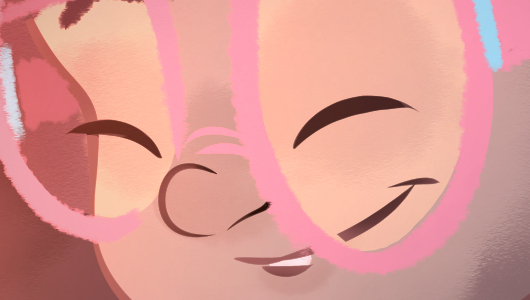 I wrote all this a couple weeks ago, and I usually don't really remember things after I write them: that's the whole reason I wrote them down. If someone tells me the morning a strip goes up that they liked a comic, I have to look it up, or say, "Thank you very much; I am, as ever, your servant. Which strip was that again?" There isn't room to keep them.

But I remember all this stuff. In fact, I very specifically remember today's comic. Not just because of the obvious reasons you might remember it, but because it very nearly didn't look like this. It used to just be the bottom three panels. And maybe I'm telling too much, here, but here is the text message Kiko sent when he saw what Gabe had done:

Do you see it? He says it's not something we can do, but before the iPhone can even put in a new time or date stamp he's already included a version of the impossible thing. To which Kiko replies:

Because that's how you feel. Much like Lookouts or Daughters of the Eyrewood, part of Nightlight is imagining how the story would play out for you. There's some details you'll be able to put to work coming up next week.

Remember that next week I have asked people questions, and the ones that got back to me slash were not fully scandalized by my questions slash were allowed to by the corporation that employs them will be going up Monday, Wednesday, and Friday. I will be unavailable during this time because I will be engaging in a thorough assault on Scotland's stocks of Irn-Bru, neeps, and/or tatties.