Tavis Maiden has always struck me as a very metal sort of name, and he has rocked you for a week, in a manner similar to that of a hurricane. Here is his last morsel; thanks, man. We needed the help. 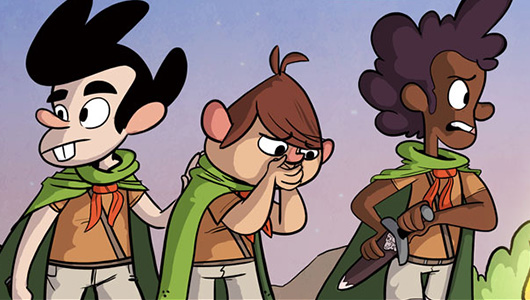 At lunch on Friday, it became clear that I was the only person at the table and perhaps upon the shattered crust of the Earth for whom Fallout 4 was not a singular experience. I was alone in not liking the hook. I found the initial Vault section anemic, and it did not propel me into a life of wasteland scrabbling, but I learned from this lunch conversation that some people felt like the Vault section in Fallout 3 was too long. They're wrong about that, of course, as "they" so often are, but it's clearly a criticism Bethesda took to heart and in enabling these wastrels they have made an enemy of my house.

Let me tell you a few of the things I didn't like. I don't like how conversations look in this game. I know it makes me weird, but I don't really need my character to talk all the time, and I don't like the terse dialogue UI. In what is almost certainly intended to be "a moment," very early on, a monster got bugged trying to slink out of its lair and just vibrated there while I emptied a minigun into its nostril. I didn't like asking four people about this moment, and having three of them report the same bug.

I mean, I didn't reload the game and see if he wasn't bugged that time and try to comport myself with valor or whatever. I'm not stupid. They don't call them "deathclaws" because their claws are safe.

You can craft in this game, but, like… craft towns? What I said at lunch was that I resented being made to do level design also, but by that point I was just lashing out because nobody was feeling my flavor. I don't need this to be as granular as it is. The interface for this is… not an interface. That's me being diplomatic. This is Steam Greenlight, Survival-Game-Of-The-Week shit. None of this should work the way it does. Assigning people to jobs is frankly insane, grids are real and useful, there should be an aerial view, we can do this for a long time.

I said that the voice acting was not where I needed it to be, and that there was a lot of throwaway dialogue, and the people at lunch looked at me like I was speaking Latin. For the purpose of this metaphor they couldn't understand Latin. Obviously If I spoke in Latin and they understood Latin it wouldn't be a big deal. Whatever. My interlocutors wanted to know why I was approaching this game with the expectation that those things would be good. I don't see that as a compliment to the game, exactly, but yes; I suppose that if I minimized the expectations which recent titles have so elevated, then yeah. I could absolutely be happy with less.

I did get there, though - I arrived at the place my lunchmates already were. I was doing something else in there, I don't remember exactly what; evaporating stumps maybe, or reducing twisted hunks of the past into their least common denominators. I saw a red light in the distance, a little up a hill, that I hadn't seen before because I'd been working during the simulated daytime. What happened specifically wasn't the thing that turned it around - in the grand scheme, it was like a .jpeg artifact down in a corner - but it was the sensation of my ears pricking up, a feeling that once catalyzed never abated. I can put up with a lot, and I do mean a lot, like the amount Fallout 4 is making me put up with for example, if for a few moments per hour they can make me forget that I'm playing a game at all.