A game called Tharsis just come out from a group called Choice Provisions, which I'd never heard of. Game development at the "triple a" level creates tons of human shrapnel, though, and I assumed that it was another ill-used cadre fleeing the mothership - but "Choice Provisions" is just what Gaijin Games is calling themselves now. If you ever liked a game whose name started with BIT.TRIP, then you like their stuff. They've allied themselves with designer Zach Gage, who has made at least one game you like. But it won't prepare you for Tharsis. 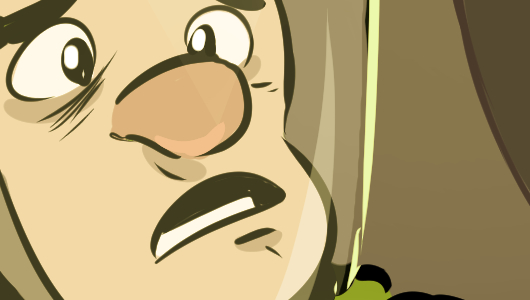 If you are a proponent of boardgames, like I am, but you also like videogames - me again - this is an incredible time to be alive. A videogame "port" of a boardgame, where I don't have to count up all these fuckin' farms? Yes. How a videogame based on a card game designed to evoke a videogame? Or how about videogames to teach me how to play a boardgame so I can then teach it to my friends? How about a digital card game which uses tested, enjoyable mechanics, but allows for a mechanical twist that would be onerous on a real table? It's the fucking Golden Age. The next step is to play games like Hearthstone in VR. Right? Right. I'm going to put that thing on my head, and my whole body will shudder and fart like a balloon until it's just a greasy sack on the floor.

I told Gabe to grab it Tharsis, as he enjoyed Pandemic, and it's comparable in many ways. This is what I got back:

That's me at the end there trying to sell the metaphor. Which, if you actually look at the screen, is more of a literal. I feel like I can see the entire design from the player's perch, like the Pattern of Amber. Being able to see it, though, is no guarantee of success. In either case. Did you ever read the Amber books? Go read those.

The game is mean as shit. Mean, mean, mean. It's not "unwinnable" I guess, but that doesn't necessarily mean it's "winnable" either. You can plan ahead if the dice come up that way, and usually they don't. The first step to becoming a true Tharsissian is to accept that the canonical ending of Tharsis is one in which all crew are lost between the first and fourth turns.