I don't have any space in my life for Titanfall CCG, but that doesn't mean I won't get it and play it. It just means that something else will have to go, something useless that I can probably get by without. 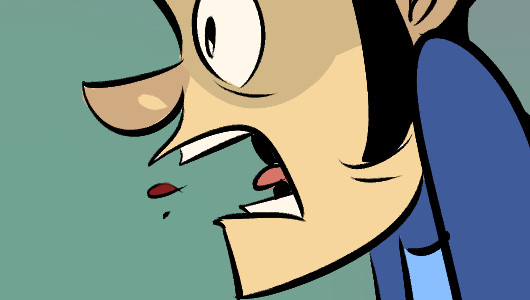 I had a super good time in a new Tycho Tries playing around with Job Simulator, while talking to some of the actual people who made Job Simulator. It has a feature where you can place a camera in the virtual world, and that provides the viewport for you; from my perspective in there, that's an actual camera floating in space. It's a cool feature, but among other things it means you aren't watching from my perspective, which means people can look at it without ill effect. I listen to these on my way into work a lot, just sort of as a podcast, which is a completely legitimate manner of consumption. I loved talking to this crew and I feel like that comes across.

Next week we've got Atlas Reactor on the show, which became a personal favorite after we filmed it; I try to get at least one round a day. I am a thousand times better at the game now, and my support Zuki build is no fucking joke. Oh! And Lone Shark's Thornwatch Kickstarter Thing just unlocked the Briarlock! I handed over some of my incredible rad (read: potentially insufferable) lore that they dropped in an update with some mechanical info.

Okay! I think that's everything.