I thought I'd be able to make a psychic meal out of some maritial strife over at Gabe's house, but the whole thing was distressingly ordinary and I derived zero nutrition. I unfurled my proboscis for nothing. 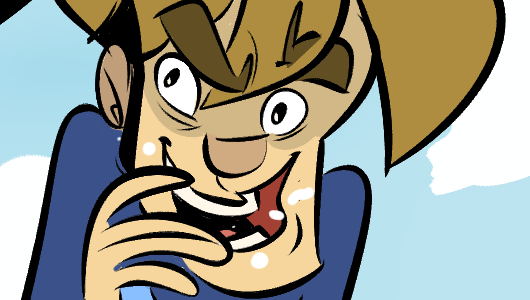 The Eyrewood is a big deal for us right now, which makes sense, because a lot of people like it - us included. Gabriel doesn't like the fact that I enjoy telling only the first part of a story, or that everything I do is a cliffhanger on some level. But this is precisely why I do that - have you seen the Lookouts short, from Redgate Films?

Any time I make something, a story thing, I always want there to be a place for you to make more. They did that, and now it's travelling around to film festivals. You need to watch this thing.

Our friends and allies over at Lone Shark Games (Pathfinder ACG, Betrayal At House On The Hill: Widows Walk) are also well into a Kickstarter for Thornwatch, a design of Gabe's that we have entrusted them with. It's getting made. Now, it's just a matter of how much more rad shit goes in the box.

I don't know if it's a real term, but when Thornwatch was being created it was, in many ways, an "anti-game." Gabriel was dealing with some very specific things that come up in long running campaigns, specifically around the fact that you're trying to corral a bunch of Gods around the table and ultimately the menu of their world-cracking power gets a little time consuming. In its earliest stages, Thornwatch was far more of a roleplaying game, because he was trying to fix very specific problems he had by exploring what could be called negative space around those mechanical systems. In fact, trying to fix one of them lead to the creation of a mechanic that is now core to the game.

The problem was this: once initiative had been set, everybody seemed to be performing the same exact things turn after turn, and they didn't need to keep an eye on how the game was progressing. Every character had a basic information card that game you their fundamental statistics, and to mix that structure up - to make it more of a pitched, brutal melee that couldn't be contained by a set numerical sequence - he just started shuffling them, and using that as the initiative track.

Characters took "wound cards" into their decks when they were hit, and these wounds ultimately made their way into the hand where they impacted play options and could ultimately kill characters back then. Enemies still had traditional hit points, in keeping with its RPG origins, and attacks from players dealt damage values. Kiko and I wondered if the initiative track might have a solution for damage bookkeeping also. What if players didn't deal damage in numbers at all, but instead dealt damage in terms of initiative - knocking foes back physically, and also chronologically, until they hit the trailing "edge," at which point they were in danger of being destroyed.

It was a complete mess at first, because we were using the old damage values as a test; it transformed every class into superheroic juggernauts. They are the Thornwatch; I mean, they're supposed to be dangerous War Ghosts, but not quite at that level. You can see how it works now, after a blessed tuning, in the Print & Play version if you want. That file will be updated when the campaign hits 3000 backers to include the Briarlock - a sixth character deck. There's some lore for those fucking weirdos coming up this week, I'll let you know when it hits. We've had this game for four years now, trying to transform it into a Real Boy, and the idea that you'll be able to own the best version of it is still a little much for us.