Once I've seen a piece of clickbait a hundred or so times I'm gonna click on it. I just am. I want to know why they won't hire Alyson Hannigan anymore ("because she's really a witch in real life"). I legit want to know what is so great about this Goddamn hoodie ("it's a functioning Fremen stillsuit"). Honestly, anything a person writes on the Internet is probably written so that another person will read it; it's not weird to be desirous of the Click. The information environment out there shapes all the creatures within it, and sometimes they turn Strange. Then again, occasionally it's warranted. So who knows. 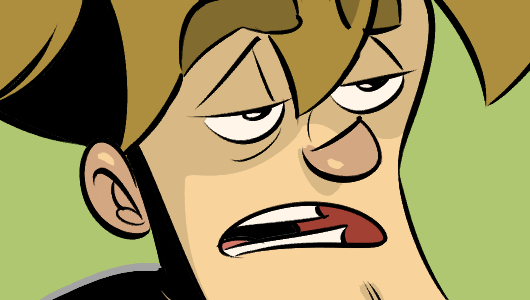 Hello! I am Tycho, and Jerry, but also Omin Dran of Acquisitions Incorporated. I think I'm mostly used to being this many people by now. I really get cranked up for BBC Holiday Specials, and I wondered if we could do one for Acquisitions Incorporated, and it turns out you totally can. If you turn on the cameras, tastefully appoint a library setting with tinsel, and then call the thing you've recorded a Holiday Special, nobody can stop you. You can even release it January 6th! The possibilities are endless.

We wanted to experiment with a Video On Demand type thing for it, and we have done so - the Acquisitions Incorporated Holiday Special is five bucks for 3 hours and 40 minutes of extemporaneous, heartwarming dungeon comedy - I chose five bucks because everything Louis C.K. does is five bucks and that seemed like a good number. But! The show is also free with Amazon Prime! So, it might not cost you anything. This is going to be a big year for AcqInc; technically, the big year for AcqInc started with the launch of the new pin set I guess, but you get it. Just like with the Thornwatch game, it's time to start spending some time in the places we've built. Putting a roof up over them, living there for awhile. Seeing what grows.

For virtually anybody else, Vimeo's got you covered.