In addition to being shredded five or six at a time, the doomed creeps in For Honor also have informative barks that they kick out - like, if your friend is perforated. It's nice to have a second or two to process the fact that it's about to be 4v1 and you are not on the "four" side of the V. 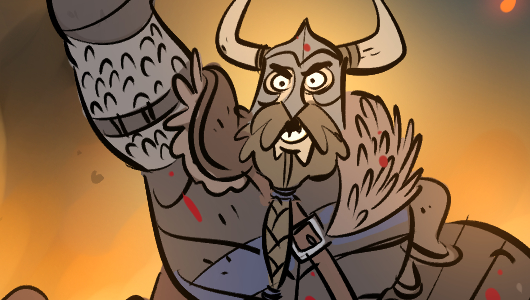 They say these things the way a person in a movie about fatal medieval lacerations would, there's a lot of drama involved; they're always gonna remember somebody's name or whatever, but some of these names might not be memorable in the classic sense.

I have practiced my class in For Honor as much as I've ever practiced a competitive game; the mass combat of Dominion is its own beast, but the duels give me kind of a Soul Calibur vibe, which is a vibe I actively seek out. I am competing for possession of a Gold Watch I've thus far only seen; never held, never worn. I really, really want to have it and tonight at 6:30pm EST I'm going to fight like the fucking devil to get it.

Other than that, you know… PAX East! I can remember when I toured the building it's in now, thinking we might need a building this big someday, but not really believing it. Our new engineer has never been to one before; he's in for a wild fucking ride.