Having discussed it with Gabriel, he says that Jim Darkmagic is more "magician" than "wizard," but not in the synonym way. He thinks of him as a performer at root, one that occasionally becomes a piece of bipedal mystical artillery. So finally hitting 9th level with him unlocked some fairly bonkers stuff in that vein, things for his growing toolkit of battlefield manipulation over direct damage strategy, and he made some cool stuff happen at PAX East. We did have to have a conversation about when a magical person gets what shit. I should talk to him about THAC0 sometime. 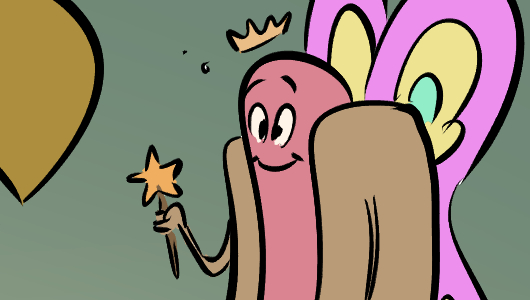 It looks like the newest Acquisitions Incorporated game just hit the video archive at Twitch, and you can find it right here. I want to thank my friends Morgaen and K'thriss Drow'b for helping us lay it down up there, and if you're interested in even more K'thriss, it's coming - he's part of Acquisitions Incorporated: The "C" Team, which starts next week! If you're interested in decidedly less Kris Straub, I'm sorry - that's not one of the options.

People often ask me "How's your PAX?" at the show, and I tell them it's PAX - they know precisely what I mean. I have my own rituals that I iterate annually here, and I added in some new ones this time. I roasted a pound of coffee for someone in my mentions because they are a father also and I wanted to recognize it; I bartered coffee for crockery with the designer for the PAX Pokemon League. I was the announcer at the final round of the Omegathon, where the incredible Steel Crate Games had cooked up a special competitive version of their cooperative masterpiece Keep Talking and Nobody Explodes. TechnoBandito and Amyzonian deactivated all their bombs, but in the end, last year's runners up Aurelius and xxSoggyTacosxx edged them out on time in one of the most heart-stopping rounds we've ever had on the stage.

I'm always a little stunned when I try to unfold a weekend like this at the end, the archive is signposted with instances of me emerging blinkingly into the light after afterward. The gratitude I feel is overwhelming: for the Enforcers, for the people I am privileged to work with, for the affection and enthusiasm of the PAXgoer, all of it. This is something we do together.