Because I believe that Interactivity is last artistic frontier, when new constructions of interactivity arise - even halting, incomplete, or flawed ones - I recognize them as larval stages of whatever Jenovan "final form" awaits generations hence. Counterpoint: If your game animates bears by having them flip and roll from their heads to their back to their ass, you've already lost Gabriel and he's not coming back. 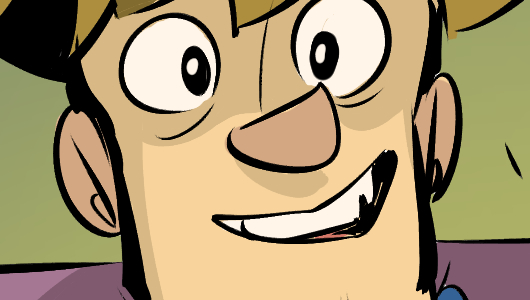 The conversations I have with my associate Gabriel about this are occasionally heated. There is a level in Snipperclips that is, essentially, about lock picking; you have to snip each other into shapes that will trip two sets of pins correctly. It became clear about midway through this process that once you had clipped one player into the right shape, that shape itself could cut their partner into the right shape. They were like negatives of each other, and that's more or less how our deal works. He plays games for "new art," which for him is synonymous with "new perspectives." He wants to feel a human presence there, and it may be a little inside baseball, but it's one of the only ways he can. I try to find the creator in the concepts and systems they broadcast through their work - I can read a comic book in about twenty-five seconds, a hateful act in his worldview, but then he can "read" a whole comic and never see the words.

He generates stimulation from some abstract, probably terrifying internal well, and I curate and synthesize the things that come in. I require the novel, the bizarre, the distinct, the imperfect, because in my experience everything I'm exposed to commits some valuable organism to the agar.

Episode 3 of Acquisitions Incorporated: The "C" Team airs utterly, dangerously live tomorrow, starting at 3:30pm PST. Show up early to catch a rebroadcast of Episode 2, which you can also catch up with via Twitch, on YouTube, or via Podcast. I'll see you then!