Like a baby chick, Gabriel has imprinted on the Switch somehow. The first party roster - a melange of extended re-releases, reimaginings of franchise pillars, sequels, and a game where your arms are violent Slinkies - has already claimed well over two hundred and fifty hours of playtime. 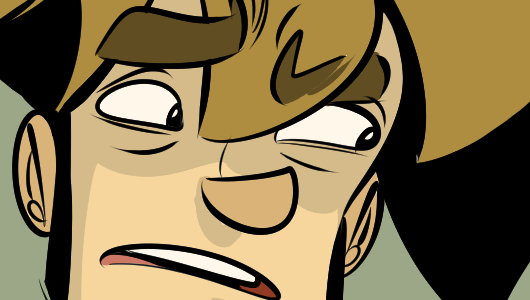 I honestly don't know how many hours of Has Been Heroes I've played. I've never looked. More than anything else on Switch, and more than any other game at a minimum. I think I've almost reached the end, but I only have a theory as to what that means, because learning its mysterious ways is the game. I can see how that might not be for everybody. It would be like if your dad told you to "succeed" and you said "dad how" and he said "by not failing" and you said "DAD" and he said "you succeed like this: by synchronizing your being with the thumps of the World Drum."

The device doesn't feel like a hybrid system. It feels like two consoles, one of which I got for free and don't use. I still feel like I got the value of the second system - it's definitely a two-cake scenario, or TCS - but for me, it essentially devoured the 3DS. Ronia is the only one who plays it docked. Gribbly uses it as intended, as a chimaera, which is how he's able to put up such incredible numbers.

Something odd with the Switch, possibly to do with its fish/fowl nature, is that Gabe will actually hear me out on games. I think this is partially because my recommendations are on point, but it's also because the time it is available for use is All Times. It's not some rarefied, home-bound resource he's got to invest in my flights of fancy. He gave HBH, ARMS, and Splatoon 2 a try on my suggestion, after not really connecting with them initially, and there's been a hundred hours of play in those alone.

He may not play them the way I would play them, but you know. Baby steps.