I was never going to buy Star Wars: Battlefront II. First, the compliment: I honestly can't believe the graphics. In an era where good graphics are commonplace Battlefront has always been doing something nobody else was: a photorealistic take on the worlds and characters of the franchise. It's a stunning technical achievement which frosts a cake that I am not especially fond of. 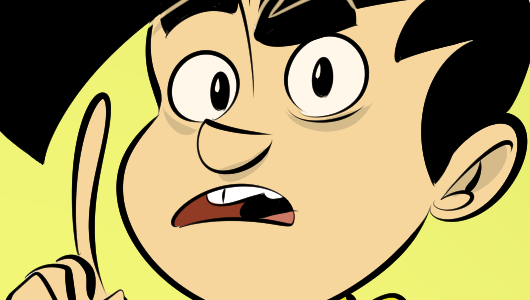 The strip is a joke, obviously, but that doesn't mean it's not bearing the occasional globule of liquid truth. Grob grabbed the game long before it was out because he'd read the novel tie in and really enjoyed it. I haven't read it. But I do live in a world where tie in novels can be quite good: David Gaider was murdering those Dragon Age books, and Karen Traviss established a lot of really solid flavor for Star Wars I was sad to see burned away in the Great Synchronization that came from Disney's apathy toward the EU.

So, since he owned the game, he wasn't really in a position to be moral retroactively. I didn't really have a moral impetus for not buying it; I didn't like the first one because rounds often felt like a real Star Wars blaster fight, which to me isn't a good thing. Battlefront feels even more abstract and decoupled from time than the Battlefield games do; I go to this engine for sim-tier visuals and scale but the individual moments always feel like mush to me.

Talking about the monetization scheme of a game I'm not gonna buy might carry with it a churl component; I definitely understand why it's all people want to talk about though. The backlash to EA's pricing structure internal to the game caused them to shred a bunch of the values, but they also changed how many credits you receive from some activities - Arcade Mode now has freemium "energy" style mechanics that limit how much you can earn. What's funny is that unlocking that is the sort of thing you'd typically see in an F2P, but you aren't supposed to unlock it. You're supposed to buy credits!

The link up there for "changed how many credits" goes to an article on GameInformer where the writer is like, listen. They completely pulled the levers on these systems, and I don't even know if my review is valid anymore. I've suggested before that Free To Play should be considered a genre, because of how reliably it warps the experience; this game isn't even F2P, but it has its blooming zygote within it, stretching and pulling it beyond nature.