Not every game works for the format, but I think Paladins could have something to say in the "battlegrounds" space. I'll be very surprised if they can do so while calling themselves Battlegrounds, however. They'll probably have to change that part. Something like… Paladins… Fighting Place. 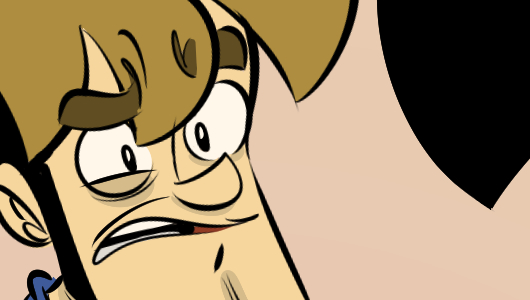 The issue with the concept in this strip is that most games you try to apply the format to become awesome. What we've learned in the Omegathon tournaments we run at PAX is that any activity can be converted into a spectacle when you add stakes and observers, and a single life plus a massive playercount creates this feeling in one go. I have - literally on my desktop, underneath the window I'm typing this on - a version of today's strip about The Witness, which I think is a good comic, but God Damn if I don't want to solve collaborative puzzles together in a surreal environment. Somebody hatch that fuckin' plot. Yes, I know about Uru. Check the byline, motherfucker!

I suspect that 1.8 may be it for The Division, but it's a game that could handle the "battle royale" format with aplomb. When I was driving home, Kiko sent me a link to an article called "Almost Two Years Later, 'The Division' Might Finally Be Perfect." I don't know about perfect, but I can't stop playing it.

Here's what I want to know: would it have been possible to make this game at launch? Games of the MMO style always start out brutal. There's a balance to be established here regarding retention - they still need to still be there when the DLC engine starts to whirr. Then, at least in the ones I've played, there's a mellowing process that comes along with age. This is when you can typically convince a friend to jump in, and discover that they reach your gear much faster than you did.

It can't just be easier to play in the sense that you stand astride the Earth like a God Of Death. The Division has this right: I'm out here getting tooled by trash mobs in the middle of the fucking street at "max level." What it is is more rewarding to play. More gear, gear of higher quality, ranges of stats even for the same equipment and set items. It's always been especially good about weapons; you got the drop you wanted, but that thing has five slots in it. Quadrant one, enhance.

This is all to say that I wonder if a game can be this inviting at launch, with all the externalities that come from being a consumer product in multi-year development. There are so many forces acting upon it, and so much partial information moated by assumptions. There are so many masters. However we got here, this is a game that honors the player first. That's a bigger deal that it seems.