We salute those who are now serving their fandom in San Diego. 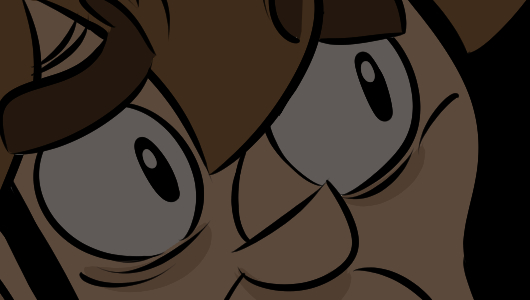 It's not even a joke, in the classic sense; a linguistic construction whose purpose is to excavate - to unearth - the mirth. I genuinely feel like SDCC screwed me up. Once I got a splinter and by the time I'd got around to extracting it the skin had grown over it. It may be entirely too late to process this; it's just synonymous with my body now.

A lot of people, on boths sides of the booths, derive tremendous value from the show. But it's not healthy for me, and I suspect many others: it started as a make or break proposition, when I literally parked in different places because they were threatening to repossess my car. Well, technically, their car. You know what I mean. I came home and paid them off. And that good feeling, or the memory of it, kept me in attendance a couple years too long.

I love meeting new people. I don't even mind being yelled at, necessarily, provided my interlocutor is sufficiently animated. But the context in which it happens isn't a zero factor. I wanted to be as available as possible, but I'm that weird Myers-Briggs coordinate that is like an Introverted Extrovert. It didn't feel "right" to have specific "signing hours" or something when a person might only have the few moments they came by the booth. The first couple years I simply didn't eat. Then I ate under the table, when forced. Then I started going on breaks and feeling bad. And in the background, the show got so dense and cold that it started to feel something like an experiment. It was a kind of psychic abrasion, to the extent that I'd get back there a year later and feel like I was starting where I left off. There was just the metal part of the pencil, anymore; even the eraser had been chewed away.

Our pals Frank & Becky are holding down our old post at booth 1334, and they're young people whose global wastrel lifestyle requires a profundity of untraceable cash - if you're still in the mix down there, stop by and check out a couple webcomic legends.

Today at 3pm PDT, we're posting the entirety of our epic - and I do not use the word lightly - crossover of Acquisitions Incorporated: The "C" Team and Chris Perkins' Dice, Camera, Action. Elyssa and I were trying to figure out if we should release it in episodes, but ultimately we decided that would be cruel and/or unusual: placing in a continuum with punishments strictly contraindicated in the Constimatution. Like an audiovisual Pringle, it may be difficult to stop post-pop. It's a massive amount of custom content that does what Chris and I like to do best: freak people out while delivering massive nods to the D&D's incomparable history. It's something you want to make time for.