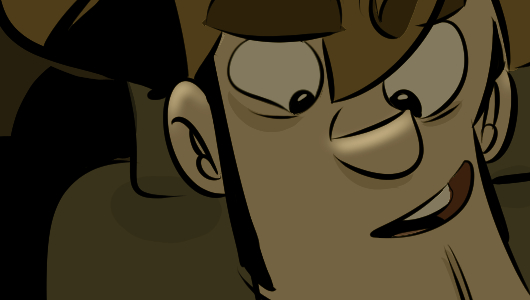 I'm still exploring this Pixel thing, and one of the main things I've determined is that the camera is just stupid. Dumb. I should emphasize that somehow "stupid" and "dumb" have become my highest forms of praise; I can see how you might get confused. I have no idea what I'm doing with cameras ever but I think I took a picture of Ronia yesterday that's gonna be on a memory board at her wedding. I mean, if people are still getting married in twenty years. As a tactical, pragmatic soul, I think it'd save everybody a lot of time if you just started with the divorce. Cut out the middleman, I say. You can eat a fucking cake whenever you want to. They sell them at the store.

Eventually in my previous Android experiences I'd always hit the bedrock at some point, I'd part some numerical curtain and wake up in one of those Matrix bulbs, covered in slime. I'd get down to where people cared even less about the experience, not believing it was possible. But I think that hasn't been true for a bit now - I've just had exposure to the budget line. I checked out some friends' hardware, so to speak, down at PAX South and was made to exclaim "Hmm!" as a result. At the end of the day, it's the ancient Mac Vs. PC Argument, writ small. The control has its advantages. I still think build quality on the iPhone, as defined by a unification of material feel and an ineffable "confidence" that it will not disintegrate purely through normal use, is superior. The Pixel 3 has these seams on the sides that are constantly finding hairs to get stuck in them, even though I don't have any. After a day in the pocket, the phone has more hair than I do. I feel like they could fix this aspect of it if they gave any kind of shit.

I understand that it has two-tone glass on the back or whatever, and it seems like that's something we're supposed to celebrate, but without a case it's like trying to make calls on a hagfish. No doubt the visions of Nostradoggmas were inspired by its taunting and tricksy surface. It's like trying to hold a Zen kōan. I don't think a case is optional on this one, luckily the official cases feel pretty good, and might confer a "hand experience" that feels more premium.

I'm leaving the country, of course, the very second Red Dead hits. I'll have to get updates from Mike while I'm away. At the moment, though, I feel the inability to access Thronebreaker: A Witcher Tale more keenly - I chose to stay away from Gwent until Thronebreaker, which I think was originally meant to be much less elaborate than it is now, as a full campaign complete with an overworld map, resources, and the like. It wouldn't be saying much to say that it looks like the best campaign available in a digital card game. That's like saying Kolibri is arguably the best hummingbird-based shooter for the 32X; we're making distinctions down at the nanoscale. Except it also has the best art, and the best music? And it doesn't think CCG design ended with Magic: The Gathering, twenty five years ago? They've invested a ridiculous, but firmly on brand, volume of blood and treasure into this shit and and I can't imagine why but I'm not gonna argue with them.