I'm heading down to Australia solo, well, not really solo but certainly without Mike. There is certainly an entourage associated with the journey, to say nothing of the dutiful constellation of technology I am bringing to mediate my experience of the world. I'll be chronicling the entirely factual, fact-based journey here on the site. Join me, won't you? 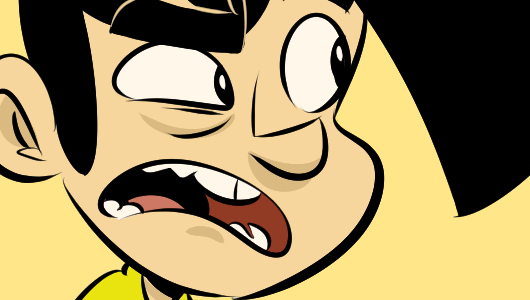 Speaking of Technology, I've been living with the Pixel 3. That makes it sound like an illness. Let's try again: I'm suffering from… No, that's worse. In truth, I love this fucking thing. It has a few little edges but I spent the weekend fixing the wifi on my laptop's Linux Mint. I live on the edge - as Aerosmith was once said to do.

It's a little JV in some places compared to the Apple offering; I'll give you an example. The app I use to order Pizza from Zeeks - Forager for motherfuckin' life - doesn't have an icon. It has the default icon, I assume, from the development kit. There is a little Robot there, and he also seems confused. Exposed, in a way. One gets the sense that this is a very private robot, and would prefer to operate primarily behind the scenes.

I had to learn a few things faster than others. I was looking over their Digital Wellbeing initiative, thinking that this was, hm, sort of a novel construction. Essentially, they've made a little imp that lives in your house and steals the vitamins out of your blood. It eats your sleep. In the vein of Rumpelstiltskin, it can spin the straw of our attention into money. Not for us. They get the money. But still, cool trick.

But holy shit, man, this thing will not shut up. Imp may not be sufficient. It's like a vampire endeavoring to learn if their cursed, immortal body can still process meth - and discovering that it can. Whatever else is going on with Digital Wellbeing, it's almost certainly designed on some level to attempt inoculation against a disease they are actively giving you. I had to manage "hella" notifications, but its very easy to erect these bulwarks: even when one gets in, like when YouTube just told me about some fucking horseshit my son is into, you can go to Apps & Notifications and there's a list of the most recent offenders right there. It's said that capitalism sows the seeds of its own destruction, and we can see that in action here.