(Here's the comic. I'll talk about it later.) 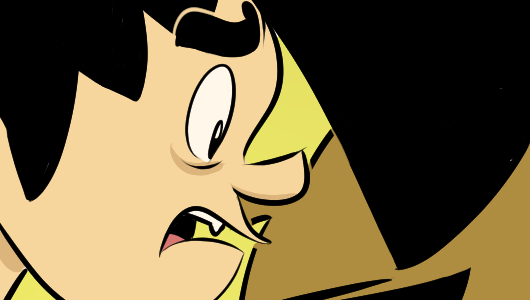 In the second half of 2016, our Lead Designer Gavin Greco presented us with… Hm. Let me think about this for a second. He presented us with a series of discrete designs in a coherent Line, a reinterpretation of one of Kiko's ancient Gameskins shirts that had been around since 2001 or so. But it was also an idea, generally, about reinterpreting our older work and bringing it with us. It was brilliant generally but it was also brilliant in every specific element, the kind of fractal brilliance that defines his output.

The WASD line is available now - you can traverse the Lookbook to get a sense of it, and there's a lot to do in there. It's this crafty interactive catalogue thing that is a great way to see the whole project in context.

It's rare that I ask for it, so hopefully that will make the request all the more powerful: I would love it if you passed this around to people you think might like it, which I suspect is anyone who needs human clothing. I want as many people to see this work as possible; I want them to feel like I did when I saw it two years ago.