Some of the best memories I have are of a game called Demolition Company I used to play with my son. About a demo's worth of content was all that was ever required back then for him, and for some reason the version of the demo I found was in German so there was an extra "puzzle" layer on top of it just to use the menus. Being in German, which is not English, we were granted useful linguistic tools. If we had to wait in line somewhere, something young people have historically been against, I could shrug my shoulders and say, "Spiele wird gelaten, son. Bitte warten." 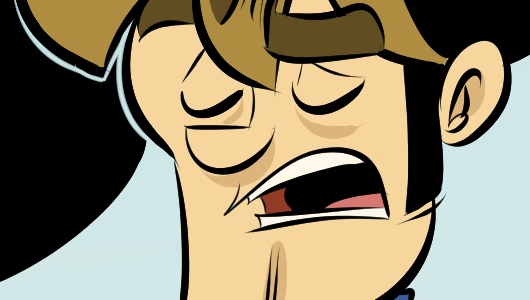 Many years later we still say wird gelaten, that's where we're at on our side, but GIANTS Software went on to make Farming Simulator. Gabe and I played Farming Simulator 15 on our old show First 15 back in the day, four or so years ago would be my guess, and frankly it's hard not to joy-draft on the level of fucking reverence these games have for the subject matter:

I'd seen Farming Simulator competitions of various kinds off and on, at bespoke events or at Farm Shows, and it made sense even if the game isn't exactly my daily bread. I've been in front of a thousand people or more in my role as PAX Omegathon emcee building a dramatic ramp for a competition based on a claw machine for example. Or Jenga. Skee ball. Cornhole. It's not important. If you've ever taken any "mindfullness" training, they teach you something very odd, which is that anything you do with intention the brain gets very excited about. It doesn't really matter what it is. And we've seen with the Omegathon in general that when you add stakes and an audience any activity can be converted, with zero effort, into a religion.

I'm all in on this shit. I want to know why this harvester is better than that harvester. I want to know about, like… chickens. Already, the mind is up to its old tricks, taking naked facts and and encrusting them with filthy belief.