Fortnite was always trying to get me to add 2fa, like… a lot, but it wasn't until Apex hit that they started pushing free Battle Passes on me. My email was full of it, and through the blinds as I was waking up I thought I saw a cloud shaped like a Fortnite entreaty. Then, when I ironically opened Tik Tok it came up at the very beginning, obscuring the e-girl factories, Senzawan permutations, and the unlikely, enduring vigor of Mia Khalifa. 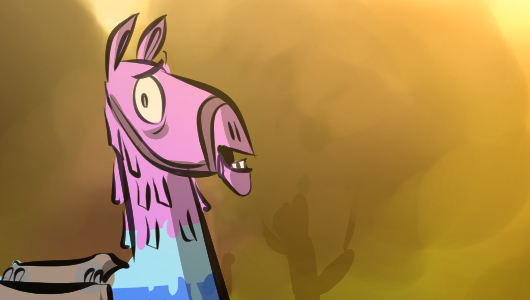 I heard someone whose job it was to promote games tell me that if your game isn't near the top of Twitch, it doesn't exist. Not literally, obviously. Twitch concurrency is not yet what undergirds existence. But for the people who pay him, it might as well. Apex Legends has dominated Twitch since it hit - Fortnite was always there to the right, in literal and figurative second place, except now they've put it farther away for some reason even though it's the next biggest one. I find that interesting. At root, though, Twitch Viewers are - by definition - people who are not playing games. Is that the mortar we want to build our companies around?

Because I am an ancient tree whose bark is shot through with mystic whorls, I've seen the "core metric" change many, many times. In advertising, it went from "page views" to "uniques" to whatever was the new one after that. Actually, I think the one after that was "No wait, what we want is for your entire company to do is pivot to video if you want to continue existing." Now, in addition to concurrency, they want people to watch the content for a certain number of minutes - it's analogous to Kindle Unlimited, where "pages read" becomes the "core metric." Ostensibly these are all proxies for "engagement" which is a proxy for "quality" but even that's porous. The best you can hope for in media is that a billionaire pays to keep you around as a pet, the same way a supervillain might deign to have a white cat close at hand.

My understanding is that, as interesting as all this is to talk about, Fortnite hasn't suffered appreciably in any arena save perception. Keep in mind that Apex Legends has no mobile component, a realm which constitutes true, nigh Dwarven incursion into mainstream wealth. There was still a compulsion to respond, because of this "core metric," but they're fine. If they get hungry they can just eat gold. All they have to do is just sit back and wait for EA to ruin it.