I felt like this after they rebooted Spider-Man for the third time. In that case, of course, I was wrong; the new Spider-Men, not all of whom are even Men, are so vital and real that the young people on my block live part of their lives ensconced within the fiction. They like Marvel stuff, it's important to be conversant in it, but to them it largely feels like it's for somebody else. Into The Spider-Verse and Holland's Spider-Man are theirs. I tried to interrogate this with them, tried to figure out which side of this coin represented the purest manifestation, and they looked at me as though I'd suggested we start holding crucifixions out on the lawn. They don't even see them as separate, because they're both wound around the same central idea: there's just things that young people understand better. And it's possible to find a mentor, someone with the capacity to bridge the gap, but even this is fraught with its own fresh perils. 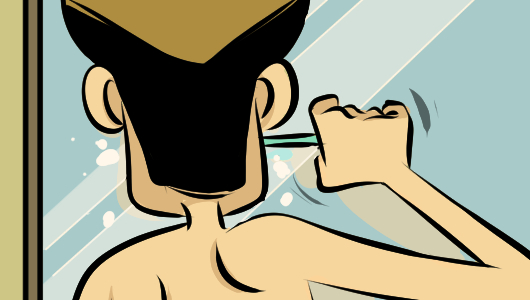 But yeah, the third time around it sure looked like one o' them oh-ro-bo-rohs sitchiations, the twitchings of an increasingly out of touch corporate parasite who, in its plump and arachnid lethargy, had forgotten how to catalyze Soma in its withered sacs and had turned by necessity toward autocannibalism.

Beauty and the Beast was already a musical, and survived the transition to flesh mostly intact, though there are exaggerations of dramatic scale that being an animated feature uniquely allows. But now it feels like a train collision of these things, in slow motion but not slow enough to escape it. The engine has become inert, but the cars have not received the message and are now desperately trying, with an almost romantic desperation, to become a single object. I don't feel like it's working, and the speed with which they're being released gives one the impression that they don't warrant individual attention.

Gabe's point about The Lion King is, if I understand it, that they have removed art, abraded it, to get to this. I've been startled to see this point manifest in other pieces on the topic, because Disney's industrial mass gets a pass on their shit all the time. But they've given critics something to sharpen their claws on, and by God they're doing it.

So… the third time around, do they just… draw them again?