I was talking about it on Wednesday a bit, this network horseshit I was trying to manage with Xbox Parties, and the censers and assorted warlock crap I discovered to resolve it. But I didn't stop being mad. So now there is a strip about it also, in the same way you might place a poultice against an infected gum I hope that it will draw the poison out. 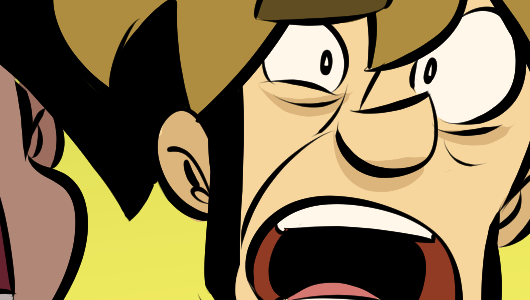 At least part of the ritual is just something like a folktale among Xbox users, they even discuss it directly; it's fascinating. When calling support, players were often putting their Xboxes in suspend instead of performing a full restart. "Clearing the Alternate MAC Address" became a shorthand on the Support team, because this menu option guarantees a full restart which users can't avoid. Thus was it writ upon the ancient scrolls. But… I did restart it. Fully, from the menu. It didn't work. And I shouldn't have to do it anyway! Not because it's difficult to do, I can push a button. I shouldn't have to do it, nobody should, because it should work. Put the Party up in Azure or something! God.

I am VERY excited to begin Luigi's Mansion 3, a fact I have repeatedly stated, on account of Dark Moon's primacy among all games everywhere. I'm only fifteen minutes or so into it, and I'll be checking it out on the stream with my friend Morak at 2pm PDT. He played it for hours and hours last night with Kara in co-op mode, and once I've unlocked it, I'll bring him in.