There were many possible configurations for this strip, but ultimately we decided that the version which was most pure should reign. 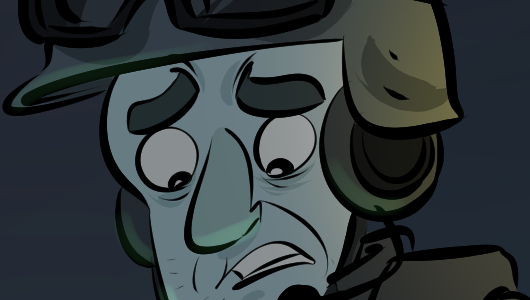 One of the immediate repercussions of breaking CoD own and rebuilding it is that there's less game. When I have a choice, I like Domination and Kill Confirmed as modes. I vastly prefer Kill Confirmed over TDM, and have from the moment of its inception. Part of it is that I have greater success in Kill Confirmed. That might be all of it, actually. Let me start over.

I had a conversation with a designer from Magic: The Gathering about how "mana screw" keeps the best player from winning every time, and how this was okay. He said the game was more interesting competitively as a result of this "design flaw." I can't speak to any of that, I guess. Conceptually, I guess I've thought of contests between parties as a kind of sieve with winner shaped holes we used to determine the best player. The philosophy enunciated by an actual designer of the game, on the other hand, makes it sound more like competition has a quantum component; not a sieve, but a particle accelerator…? Ultimately, Kill Confirmed suggests that, no - kills aren't points. Kills might be points, and they are more likely to be points if you travel around with your friends and help each other. And that's my whole thing.

So when the game came out and didn't have Kill Confirmed, I shrieked and tore at my garments. But then it just showed up in the menu over the weekend for some reason, in the earliest Christmas on record. There's another mode that got dropped in with night-vision goggles and minimal HUD that is essentially my nightmares made flesh, which isn't necessarily a bad thing. I played Gears for a very long time precisely because it was terrifying. One of the main things that happens in a round of Gears is that a few people whose nervous systems are jacked on I think meth spring toward you off the strange angles of the geometry like the Hounds of Fucking Tindalos and make your inside parts your outside parts. I appreciated the artisanal, animal fear manufactured by the scenario. I was bewildered in this Night Vision mode all the way up until I became a hissing opossum of insensate violence. Maybe this isn't a good review. It's not Kill Confirmed, so it loses points immediately. But it didn't cost me anything to try and I'm glad I did.

Our premium Ryan is down south in conference with the Bright Lords, there to secure our interests in the Wracklands. As such, I'll be playing Luigi's Mansion from 2-4pm PST because that's literally all I want to do anyway. See you there.