Last year, Call of Duty was like three different games on one disc - three separate experiences with three separate progression systems. That's one way to do it. It was like having access to three distinct buffets simultaneously, yet still being bound by the volume restrictions inherent to a finite creature. I tried a bit of each, and loved Blackout - I think Blackout is probably the best BR there is. Kiko still plays every week. I had the same kind of fun with the regular multi that I usually have, which is a fair amount. It's just something I do with my friends, like, I dunno. Pickleball. It's a place I go to do a thing. 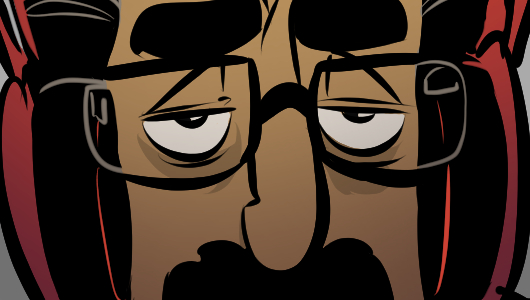 Last time we were leveling up and choosing a League or DOTA style champ - this year, it's broken way, way down. At some level they had to understand that they had built so much scaffold around the core every year that painting themselves into a corner was imminent, and what they did this time is break the whole thing apart with sledgehammers and truck away the debris. They went way, way back. I like the heavy feel, the double-click sprint, and the back to basics vibe. Love the maps, also. I understand it has a single player campaign again, but I haven't seriously played through one since I think Black Ops. I can't even remember. If I played through this one, it would be to earn player models for multi. I'm not saying this is good or bad, I'm just saying that's where my time goes. But I'm pretty sure I'm not playing the campaign. I've said it for years: I can play modes that earn me multiplayer XP that expands my options for play, or I can play modes that don't. And… I don't know why I would do that…?

Keek, Gabe, and myself were playing last night as we would have a million years ago, except for a couple - let's say four - small differences. Technically, I think I said, "Guess that's what happens when your children are cats," but beyond that it's basically correct. This strip doesn't show the hour I spent working on my network so Gabe could join my fucking Xbox party, nor does it include the portion when my fix inexplicably stopped working the next day and I just started trying random shit I saw on YouTube that fixed it. In the end, as commanded by a kindly British gentleman, I went into the Blu-Ray section of the settings and cleared the cache ("You must do this three times") and then I released my alternate MAC address or something. It was some hedge wizard shit and I deeply resent the fact that it worked.

Getting into some shit now as we approach the Season 3 finale of Acquisitions Incorporated: The "C" Team, as always, we start at 4pm PDT sharp on our bountiful stream zone. See you around.