Okay! I think we did it. 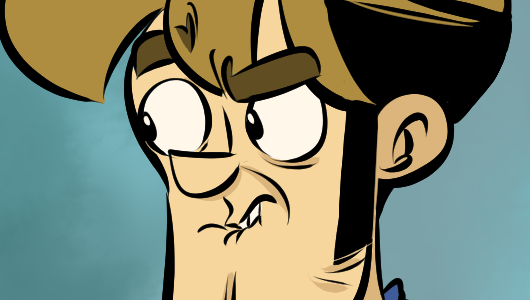 Because of where PAX South exists in the "business year," it is - by necessity - a craggy realm where the independent creator has dominion. I said I would go into a few of my discoveries, and God dammit I'm gonna.

Sento was legitimately shocking to me. It doesn't really have a presence online yet - like a reliquary, it's just an object of power that travels from place to place. It's by Brother Ming, a super interesting dude who offers generous print & plays and cut his teeth making fascinating fan games based on shit like Fire Emblem and Persona 5 that you can grab as Tabletop Simulator mods on the Steam Workshop. Now he's ready to shatter your tibia with a savage kick, and that kick - metaphorically speaking - is called Sento. 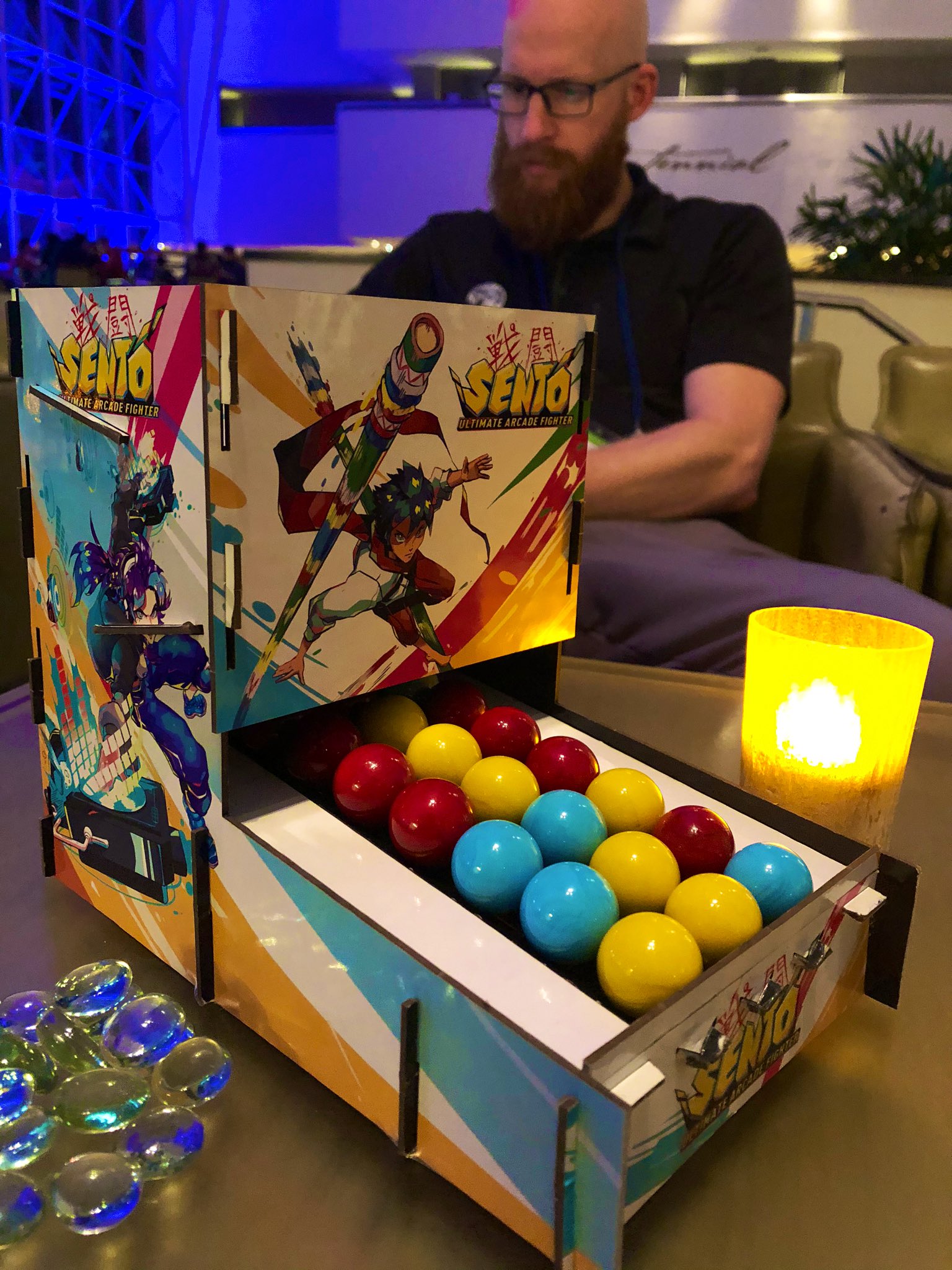 (Brother Ming got hold of me on the tweeter and hooked me up with a more recent pic, seen below - one with a few tantalizing suggestions as to some powers.  Thanks, man!) 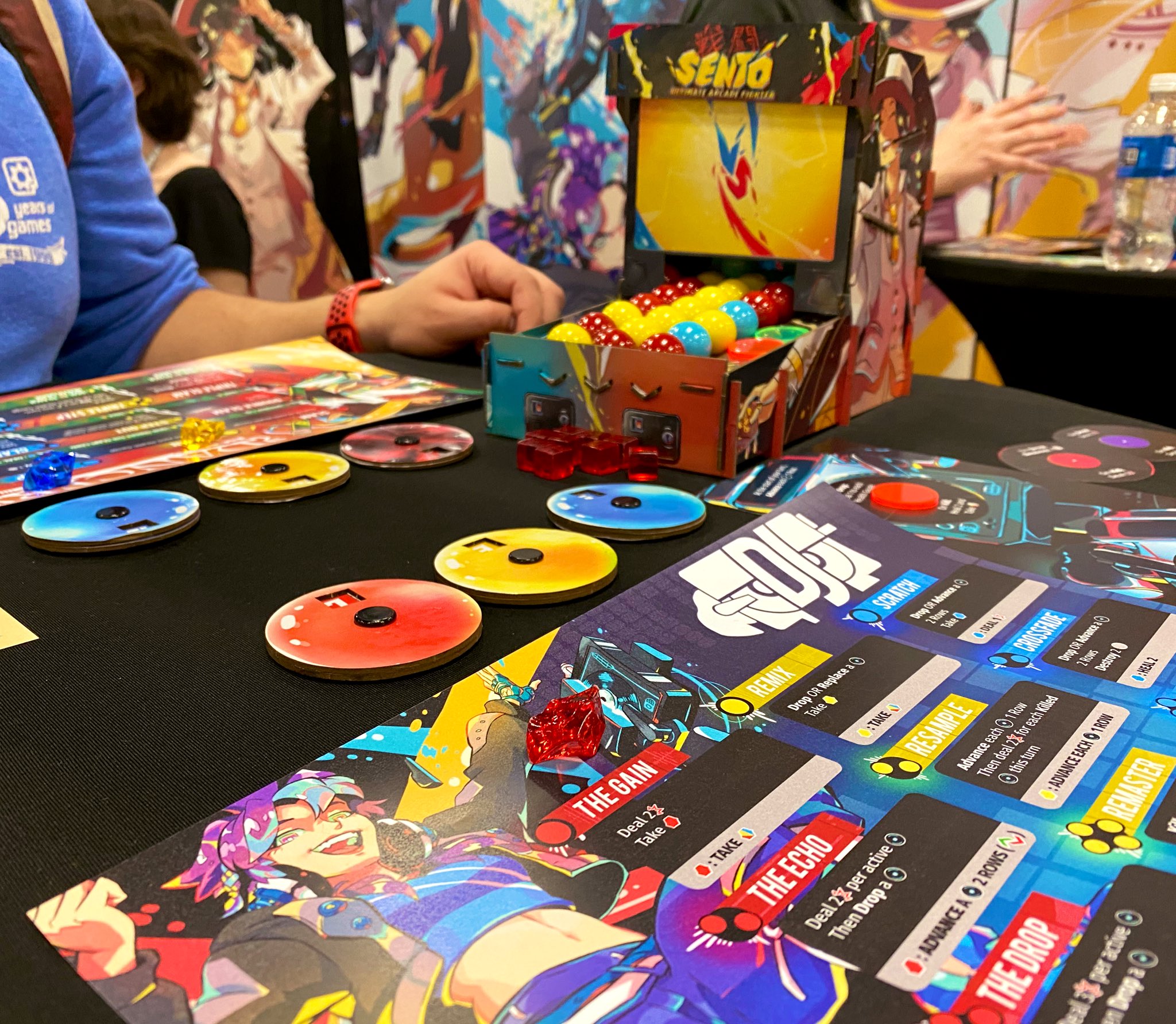 The 3D arcade machine looks way cooler than this now, but this is the best picture of the mechanical aspect that's up - imagine there's a hopper up on top you throw the rest of your marbles into. It's got a match-3 style mechanic rendered physically, we've seen something like this in Potion Explosion, and a fighting game theme with mega-asymmetry. Essentially, you power your moves with marble draws of one, two, or four from the three colors available. Your pool of thirty hit points is broken up into three smaller pools tracked on dials, each one connected to those same colors. And when one of those mini-pools is knocked out, you lose access to all the moves associated with that color. BUT.

When one of your dials is knocked out, you can now make combos on the board skipping the knocked out color, using the skipped colors as linkers.  It's one of the coolest comeback mechanisms I've ever seen in my life - because every one of those marbles you skip heals that dial.

I haven't even gotten into each player's unique mechanics, which aren't even connected to their delicious cafe menu of color options - DJs who drop a record for a small effect that grows turn over turn. Dancers who place their sticks to ward opponents off certain rows. Tricksters who associate secret "present boxes" with colors, daring you to choose them.

All of that would be fine, and I can see such a game dwelling firmly in the middle range of potential. But he's thought harder about this than I've thought about anything in my whole life - these pork bones have been on the boil for sixteen full hours. About halfway through your first game, you're going to fall through the floor of your understanding and find yourself confronted with just how nested and rich your choices are. When you lose, you'll know exactly why. It's supposed to be on Kickstarter later this year, and I want to devote some small portion of my life into making this a success.