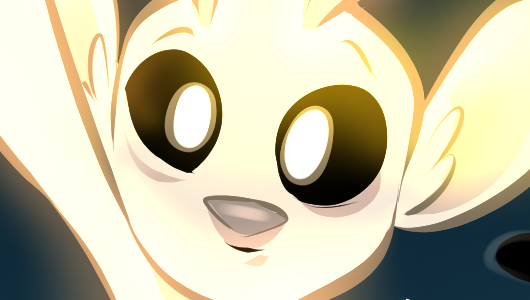 There’s shit in Ori and the Blind Forest that is controller-breakingly hard. I haven’t broken one yet. But I have flexed it, in preparation.

Storywise, it's sort of dark and sweet. But that darkness expands and coats the gameplay like a rich glaze. I don't want to say that the game is "twisted," which is to imply that not only is it meant to confound the player's frail human fingies, but that the vile patriarchs of Moon Studios will derive sick joy from these perturbations. It simply has very high expectations of the player.

The best example I can give is that at one point - and this happened in the first one, too - I engaged in a profound and ridiculous bit of acrobatics, suspended midair for a period of longer than ten or so seconds by a sequence of interactions with shorter and shorter windows of success, and I assumed at some level that this was either a secret thing or some flight of fancy on my part when it was literally the way I was supposed to fucking go. I hadn't impressed anyone. I just punched in, on time, for my normal shift.

It's also ridiculously beautiful. That was true for the old one also, but just being in some of these places is so refreshing. You feel like you're absorbing some vitamin, vital to human flourishing, just by looking at it. And that's nice, because the rest of the time you're flexing your controller, building that faultline that will come in so handy later.

Gonna head over to Grib's this afternoon as a brief respite from the exile, and he's been telling me about this "Motorsport Manager" game so much that I kinda have to see it now. After he saw Ford vs Ferrari he kinda lost it, first jumping back into Forza 7, and then getting into Gran Turismo Sport, until finally he's here managing a virtual racing team. It's like everything they told us about the Devil Weed was true, only for racing games - because Motorsport Managing seems to indicate that he's reached this genre's heroin. We'll be on at 2pm PST.