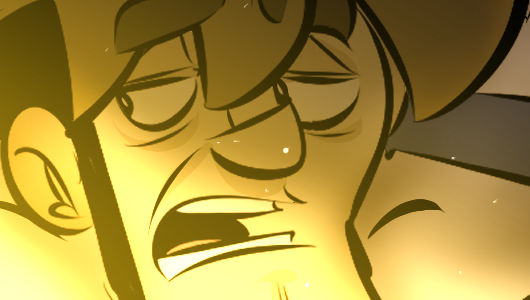 Remember when we wrote about Bookshots? These were very short books for… I don't know who they were for. Maybe they were for the same people who were reading James Patterson books anyway, which I think is Most People, a prized demo - but I just installed the app again to see how things were going, and there hasn't been a new tweet for two years. Indeed, it didn't quite live for two full years, beginning in March 2016 and evaporating in February of 2018. Quibi seems to have been founded with an idea something like, what if Bookshots… but for video?

Except it's even dumber than that. Jesus Christ, it's confused. Imagine if you made a pay alternative to Instagram or TikTok, and you were making content for it that cost up to 125,000 a minute. The people who would use Instagram or TikTok content are the ones creating content for those platforms, for free. You want to compete with that? They're making an HBO for ten minute shows you watch on your phone. They're assholes, making a video Juicero.

This is the real takeaway, at least, in my opinion: we're living through the looting phase of a failed state, and it'll always be easy for motherfuckers like this to get unlimited money to do nothing with. Nobody believes in this fucking Quibi horseshit. Not for a second. And they can still get it.

Gabir Motorsport - a proud member of the Dragon Race Team China family - is landing middle of the pack finishes, even with cars at the top of during qualifying. There's rumors in the media that new drivers are being scouted in advance of the season's end. Having finally cleaned house in the paddock, is it time to change who's behind the wheel as well? Will his ardent fans see the rise of King Hong? Tune in to today's Chu-Tang Clan stream, simulated for your enjoyment within Motorsport Manager.